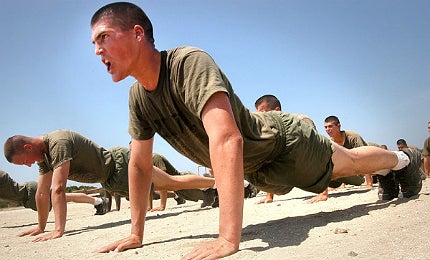 With his admission to what was dubbed as sport’s most widespread doping regime in history, Lance Armstrong unwittingly blew the lid on the great lengths athletes will go to in order to gain an advantage over their opponents. Pumped full of EPO and oxygen-infused blood, Armstrong left other cyclists in his wake as he cruised to seven Tour de France titles.

“US pilots became involved in a friendly fire incident over Tarnak Farms, Afghanistan, while under the influence of Dexedrine.”

US Air Force pilots’ use of amphetamines is one of the most widely documented examples of the use of performance enhancing drugs by military personnel. Often tasked with conducting excessively long missions – some lasting upwards of 20 hours – US Department of Defense scientists began to issue dextroamphetamines – more commonly known as ‘Speed’, but referred to as ‘Go Pills’ within the USAF – to its pilots to ensure they remained alert long after tiredness and fatigue should have started to impinge on mental performance.

The air force does not hide away from the use of such amphetamines, and has publicly disclosed the prescription of small doses – often 10mg – of Dexedrine if “fatigue could be expected to degrade air crew performance.” While the USAF is quick to insist that the use of such medications is voluntary and consent forms must be signed by pilots, the form also notes that pilots can be grounded if they decline. Pilot groundings, no matter the circumstances, can have serious implications on a pilot’s career, potentially leading to a perverse situation where a pilot could almost feel forced to take the drugs.

The US Army sought to follow the USAF’s lead regarding the use of performance enhancing drugs by investigating Dimethylamine (DMAA), a performance enhancing supplement registered on the World Anti-Doping Agency’s banned substance list. Investigations were under way until the supplement was pulled from the shelves, having been linked with the deaths of two soldiers in December 2011 while undergoing a routine training drill. 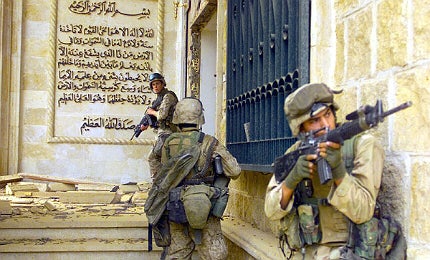 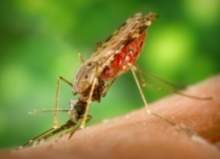 The US Army continues to dispute the drug’s links to the death of the soldiers, perhaps alarmingly citing that “the use and safety of these stimulant products remains matters of intense interest to the Department of Defense.”

The comments regarding the US DoD’s interest in stimulants harks back to DARPA’s Peak Soldier Performance Programme, which in 2004 sought a biochemical approach that would allow a soldier to operate in theatre for up to five days without requiring sustenance. In pursuit of this, no stone or genome was left unturned.

“The air force does not hide away from the use of such amphetamines, and has publicly disclosed the prescription of small doses.”

DARPA’s approach included investigations into endurance-building nutrients that could be taken in the lead-up to deployment, while also lowering a soldier’s core temperature and boosting his or her mitochondria. Mitochondria are effectively a cell’s power supply, fuelling it by converting sugars into chemical energy. Oxford University biochemists sought ways in which mitochondria could be altered genetically to have them feed off fat-based ketones, leading to much smaller, ketone-based rations being capable of not only keeping soldiers on their feet, but having them operate at their peak for days at a time. Initial laboratory tests demonstrated that rats given the treatment were able to run for extended periods of time.

Other approaches include altering a soldier’s metabolism to reduce the need to feed, lowering body temperatures during strenuous activities, so that less energy was exerted, and even caffeinated gum, which would provide a quick energy boost in times of dire need, was experimented with. The idea, as one DARPA official informed Wired, was not to create Supermen, but to make it so that “these kids could perform at their peak, stay at their peak, and come home to their families.”

“The report alluded to the potential development of drugs that could suppress the fear and inhibition of soldiers.”

The notion of creating Supermen poses an obvious ethical dilemma, and the office of US President George W. Bush responded by issuing the 2003 report ‘Biotechnology and the Pursuit of Happiness’, which referenced issues concerned with the use of performance enhancing drugs and treatments.

“What guidance, if any, does our analysis provide for such moments of extreme peril and consequence… when superior performance is a matter of life and death?” the report asked, adding: “There may indeed be times when we must override certain limits or prohibitions that make sense in other contexts.”

Sections of the report continued in the same vein, confirming attitudes shared by US decision makers that in the grand scheme of ethics, the demands of war may transcend what would otherwise be commonly acceptable. “When we override our own boundaries, we do so or should do so for the sake of the whole, and only when the whole itself is at stake, when everything human and humanly dignified may be lost.”

The report did, however, insist that physical advancements owing to drugs must only go so far, even in extreme circumstances, emphasising great importance on the notion of “men remaining human even in moments of great crisis.” The report alluded to the potential development of drugs that could suppress the fear and inhibition of soldiers, effectively turning them into killing machines capable of acting without both scrutiny and impunity.