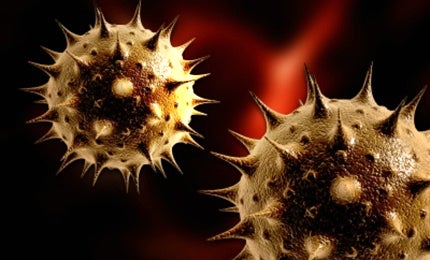 "When you see something that is technically sweet, you go ahead and do it and you argue about what to do about it only after you have had your technical success." – Robert Oppenheimer, testifying at a US Government security hearing in 1954

The ‘father of the atomic bomb’ was referring to science in general and nuclear weapons in particular, but Oppenheimer neatly articulated what is now known as ‘the dual-use dilemma’, the ethical quandary that arises when the same scientific work can be used to do both good and harm – and it is unclear how to prevent misuse without sacrificing beneficial applications.

For while the decision to use nuclear weapons against the cities of Hiroshima and Nagasaki undoubtedly accelerated the end of the Second World War, it also resulted in the deaths of an estimated 185,000 Japanese, ushering in a Cold War that would endure for a half-century and a global arms race that continues to this day.

The dual-use debate recently resurfaced with the news that scientists in the US and Netherlands are to resume research into the spread of the deadly H5N1 strain of bird flu, a year after the US National Science Advisory Board for Biosecurity (NSABB) caused outrage in scientific circles by censoring key parts of the teams’ findings.

The reason for the NSABB’s decision? It was concerned that terrorists would use the details to develop a biological weapon.

The controversy coincides with the publication last week of the UK Government’s Biological Non-Proliferation Programme. Managed by the UK Ministry of Defence (MoD) and co-authored by the Foreign Secretary William Hague, it outlines how Britain plans to address potential proliferation risks in the biological sciences, where the dual-use dilemma is most problematic.

"The British Government – and its international allies – clearly believes the potential benefits of dual-use research outweigh the risks."

It contains evidence that Britain’s present and future policy on biological weapons is changing and that the British Government – and by association its international allies – clearly believes that the potential benefits of dual-use research outweigh the inherent risks.

The journalist IF Stone once commented that the Washington Post was a great newspaper because "you never know on what page you will find a page-one story." In this case, that story is up front.

"Work includes redirection of former weapons scientists and seeks to engage more widely with people whose scientific expertise could be misused for weapons purposes," the report states, before going on to say: "Activities will continue to focus on engagement with biological scientists and provide support for the safe and secure development of ‘dual use’ biological science."

In other words, the UK Government plans to foster collaboration with former biological weapons experts and support exploration into chemical and biological agents that could potentially be used as weapons of mass destruction.

The report even devotes a paragraph to an explanation of the dual-use dilemma: "A key feature of biological science is that much work with naturally occurring pathogens is potentially ‘dual use’. This means it can either be used for beneficial purposes – such as development of vaccines to prevent disease – or misused for harmful purposes deliberately to cause disease.

"As a result, efforts to reduce the risks of misuse can at the same time provide benefits such as contributing to improved public, veterinary and plant health in the donor and beneficiary states, for example through better understanding of diseases and their causes, and the development of measures to respond to disease outbreaks."

So, what are the potential implications for Britain’s future biological weapons strategy?

Firstly, the UK Government and its G8 allies have reiterated their belief that chemical, biological, radiological and nuclear (CBRN) weapons continue to represent a clear and present danger to military personnel and civilian populations, as evidenced by worldwide government spending on CBRN defence products and services, which reached a new high of $8.38bn in 2011.

"Scientists in the US and Netherlands are to resume controversial research into the spread of the deadly H5N1 strain of bird flu."

Secondly, the Biological Non-Proliferation Programme is arguably an example of realpolitik. Banning dual-use scientific research such as that being conducted into the H5N1 strain of avian flu – work that could potentially produce a vaccine capable of saving millions of lives during a future pandemic – is politically risky and could alienate the scientific community.

It can also be argued that in a world where the raw materials to make CBRN weapons are shockingly easy to acquire, it makes strategic sense to engage with former weapons scientists, in order to gain vital intelligence about how and where biological weapons are manufactured and stored.

Finally, in the internet age, when information published in a Western scientific journal is instantly accessible around the world to anyone with a laptop, preventing the spread of information in the public domain is unrealistic and cripplingly expensive in terms of resources.

The success of this policy is dependent upon the collective will of Britain’s G8 allies, otherwise known as the Global Partnership nations. To this end, the Biological Non-Proliferation Programme supports the goals and principles agreed upon at the 2002 G8 Summit in Kananaskis, Canada, including full implementation of the Biological and Toxin Weapons Convention (BTWC), which prohibits the development, production, acquisition, stockpiling or retention of biological weapons.

The UK Government has also signed agreements with the US Department of State (DOS), the World Health Organisation (WHO) and the World Organisation for Animal Health (OIE), under which it will contribute funding to major projects aimed at strengthening biological safety and security in Afghanistan and Iraq. These include training in bio-safety, modern diagnostics and disease surveillance, as well as technical advice and training for laboratories holding dangerous pathogens.

In addition, the National Counter Proliferation Strategy announced in March 2012 pledges to stop countries such as Iran and North Korea from obtaining WMD or advanced conventional weapons.

In December, the dual-use dilemma returned to the top of the global news agenda when William Hague cited evidence that the Syrian Government led by President Bashar al-Assa is preparing to use chemical weapons on its own people.

"CBRN technology continues to represent a clear and present danger to military personnel and civilian populations."

Syria, which has neither signed the Chemical Weapons Convention (CWC) nor ratified the Biological and Toxin Weapons Convention (BTWC), is believed to possess mustard gas and sarin; the CIA believes it may have tried to develop more toxic and persistent nerve agents, such as VX gas.

In the wake of the terrorist attacks on 11 September 2001, some US commentators argued that reports such as those detailing the accidental creation of a vaccine resistant mousepox virus and the synthesis of poliovirus provided a blueprint for bio-weapon development by terrorists and should not have been published.

With the release of the Biological Non-Proliferation Programme, the UK Government has stated its belief that dual-use research can help make the world a safer place rather than a more dangerous one – and that the most effective way of preventing CBRN weapons from falling into the wrong hands is to keep its friends close, but its (former) enemies closer.

Few issues show up the two sides of US / Russian relations more than the question of nuclear non-proliferation and little polarises those differences better than the Nunn-Lugar agreement.