The challenges to effective power distribution were identified from the very earliest experiments with electricity power. Iconic electrical engineer Nikola Tesla famously said: “The greatest energy of movement will be obtained when synchronism is maintained between the pump impulses and the natural oscillations of the system.”

Business sentiment continues to improve, showing a clear recovery since the onset of COVID-19. Sentiment in 2021 was up by 8% compared to 2020. Industrials had the highest sequential filings sentiment growth in Q3 2021. Optimism around digital themes and general outlook drove the positive trend in overall business sentiment. GlobalData’s Filing Analytics Annual Report 2021 on Industrials provides insights into sentiment and mention trends for companies, geographies, and themes. Get real-time analysis of:

Understand the overall outlook for ADS, Construction, Mining, Oil & Gas, Power and Automotive, and spot the topics and themes that will be most impactful in the next few years. Download the full report to understand what to expect and how to align your business for success. By GlobalData 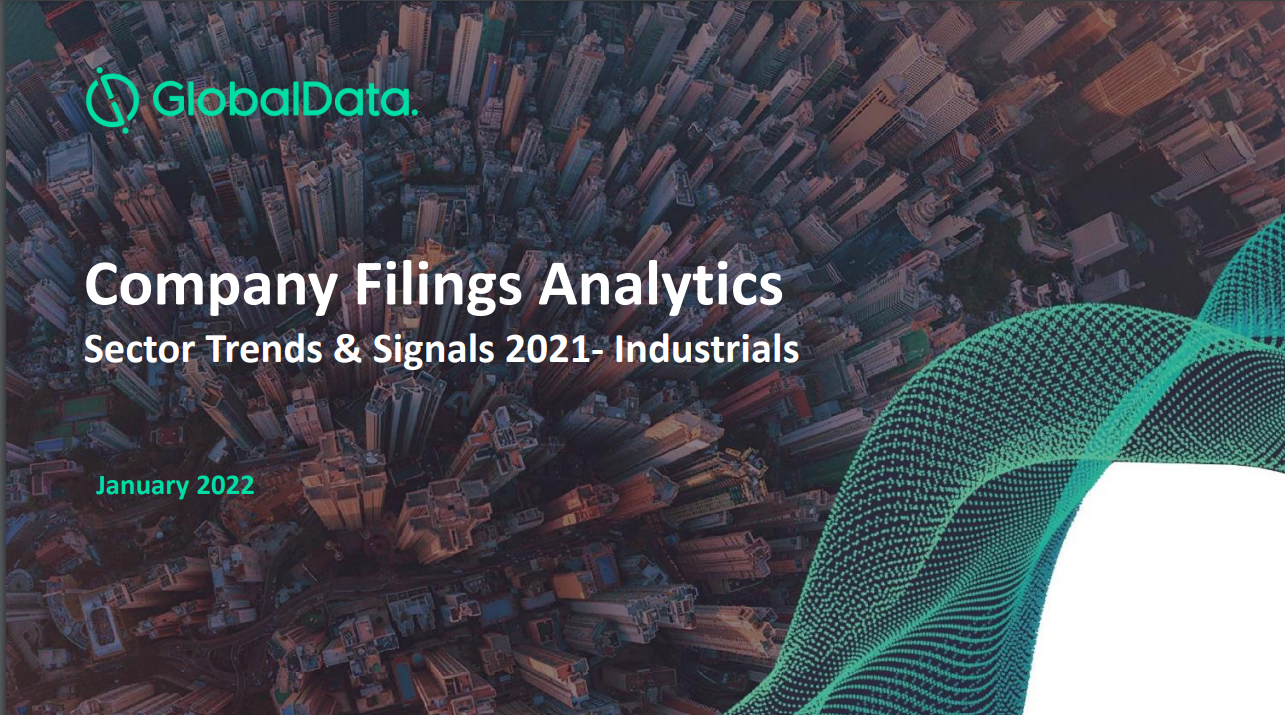 Thank you.Please check your email to download the Report.

Even the most modern electrical grids and systems are subject to losses and inefficiencies due to factors including peaks and troughs in usage and generation, inefficiencies, power quality and degraded equipment. The problems have only increased as networks have become more sophisticated, generation methods have diversified, and a wider variety of equipment puts stresses on demand.

Visible waste in industrial power systems is recognised as stemming from usage peaks and the inefficiency of underperforming industrial equipment and operational processes. But this is compounded by invisible waste, which is often ignored and written off as operational overhead. This includes unoptimised power quality that means power is transferred less efficiently and can degrade equipment; sub-optimal load balancing that results in waste and static power system design unable to accommodate the dynamic nature of electricity.

Expensive countermeasures are often seen as the only solution to absorb destructive power quality conditions.

SDE optimises the electrical state across phases, resolving issues of imbalance, instability and other sub-optimal power quality conditions. The result is optimised alternating current (AC) power, which improves power efficiency, electrical equipment performance, asset health and circuit resilience. It can also improve the performance and health of equipment and adds safety and resilience to a system.

Explaining the difference between currently available solutions and SDE, Optimized Sciences co-founders Kyle Webb says: “The best term we could come up with for the way it is presently done is digitised analogue. The core method of measurement and control is still analogue, but it’s overlaid with digital controls so that data can be extracted.

“What we’re doing is fundamentally digital transformation, digitising not only the measurement part but the control, too, and with that, precision and timing. This is where all the efficiencies come from. It’s just a profoundly different way to do it, and it’s the only way to access it because power flows at the speed it does; if you’re not working at that speed you can’t prevent those losses.

“I don’t think that we will ever achieve a parallel level of efficiency and success in another method, it’s going to take AI and nanosecond response to correct in real time.”

Supporting modern power and environmental demands, it offers seamless integration for electric vehicles, microgrids, renewables and transactive energy – the system by which anyone can trade energy on the grid such as via solar panels – to create a sustainable electrification-based ecosystem.

Testing support from the Ministry of Defence

“Electrical power and distribution was not my background at all, so I asked the test house at Blandford [Camp, the home of the Royal Corps of Signals], ‘Can you test this out?’,” he says. “They said they weren’t sure, but maybe our subcontractors could.”

Initial progress was slow, but a chance encounter with Barca and Webb at the Distributech power trade event helped facilitate a push for a low-budget, low-commitment testing round. The MOD’s Defence Innovation Unit (DIU) tested SDE in February 2020 with promising results, including a 77% reduction in power consumption and the demonstration of new electricity concepts.

Elaborating on the AI functionality, Parker says: “There’s a light-ish AI engine inside the device – think of it more as machine learning – and that’s looking at the electrical loads and building itself a mathematical model of what those are, so it can then correct for them, but also it can record what those are.

“The key outputs we’re looking at is that it will tell us out how something degrades over time; so, as the installation or the motor winding starts curving, its characteristics as seen by the device will change.

“Once we have a library of those common faults, we can have it alerting to us in real time and say, ‘motor number one is on is on the way out’, and you’ll see that probably before a vibration analysis, or anything else will pick it up, simply because it’s looking in such detail.”

The MOD now intends to conduct the phase 2 applied trials to work towards an understanding that the team hopes may open up the technology across MOD, government, the UK and potentially worldwide. This will involve trials of the kit in a MOD environment to test the applicability and digging deeper into where and how power factor applies and what happens through a power network.

“We found that correcting at the main power board in an industrial unit doesn’t necessarily propagate all the way down to the last distribution board and its loads,” says Parker. “Likewise, correcting at the last load, for example, a three-phase motor, has a dramatic effect on the load, but doesn’t propagate back up and around the power network within the unit.

“We’re looking to go deeper into this relationship of reactive power up and down the distribution hierarchy, and that can be the same voltage, just distribution panels no more than 20 metres apart.

“The University of Strathclyde is also on my testing list at the Power Networks Demonstration Centre. This is where we’ll get into the ‘distance’ answers, but also investigate claims about increased safety due to reduced neutral current, sparking control, and alerting to safety events like insulation degradation.”

According to Parker, the MOD is keen to form partnerships for the second stage with organisations that have their own use cases they would like to investigate, as well as looking into applications for the MOD’s own interests. Ships, for instance, can use as much power as a small town and have the additional challenges of not being earthed and the inherent capacitance and electromagnetic interference of using high-demand electrical equipment.

The technology has the potential to scale up for use across the power supply chain. Barca says: “The general line of thinking in terms of the product is that when you scale to these bigger levels there comes a new safety compliance and complexity that just hasn’t been commercialised yet. But ideally, we can move this to the substation level, so start with distribution-level substations. The maximum efficiency will be achieved when we have absolutely full synchronisation control across the entire system.

“Right now, there is a feedback loop and the way the utilities work and how that they actually do talk to the generation companies with a digital signal that says, ‘You need to raise your or lower your generation capacity to balance the grid’. That’s part of normal operational control, but we take that to another level.

“Those are rough SWAGS [scientific wild-ass guesses]; we take it to a precision level, and we put it across the whole grid. Honestly, I think there’s going to be a level of efficiency that we don’t actually know yet, based on what we’ve seen in the past in the small-scale stuff. It’s very exciting.”

Business sentiment continues to improve, showing a clear recovery since the onset of COVID-19. Sentiment in 2021 was up by 8% compared to 2020. Industrials had the highest sequential filings sentiment growth in Q3 2021. Optimism around digital themes and general outlook drove the positive trend in overall business sentiment. GlobalData’s Filing Analytics Annual Report 2021 on Industrials provides insights into sentiment and mention trends for companies, geographies, and themes. Get real-time analysis of:

Understand the overall outlook for ADS, Construction, Mining, Oil & Gas, Power and Automotive, and spot the topics and themes that will be most impactful in the next few years. Download the full report to understand what to expect and how to align your business for success. By GlobalData