With the completion of the merger, Harris will own 54% shares and L3 Technologies will have a 46% stake in the conglomerate on a fully diluted basis.

CSRA will become a part of General Dynamics Information Technology, intending to create a premier high-tech IT provider for the government market.

According to GD, the transaction is expected to add to GAAP earnings per share and to free cash flow per share next year.

The Australian Government is set to invest a total of A$5.2bn ($4.09bn) to acquire a fleet of 211 new combat reconnaissance vehicles (CRVs) that would strengthen mobility and firepower of its defence force.

The new vehicles will be constructed and delivered domestically to the Australian Defence Force’s fleet.

The US Army Contracting Command Orlando (ACC-ORL) awarded a contract to Raytheon for the delivery of training support services to the military arm. 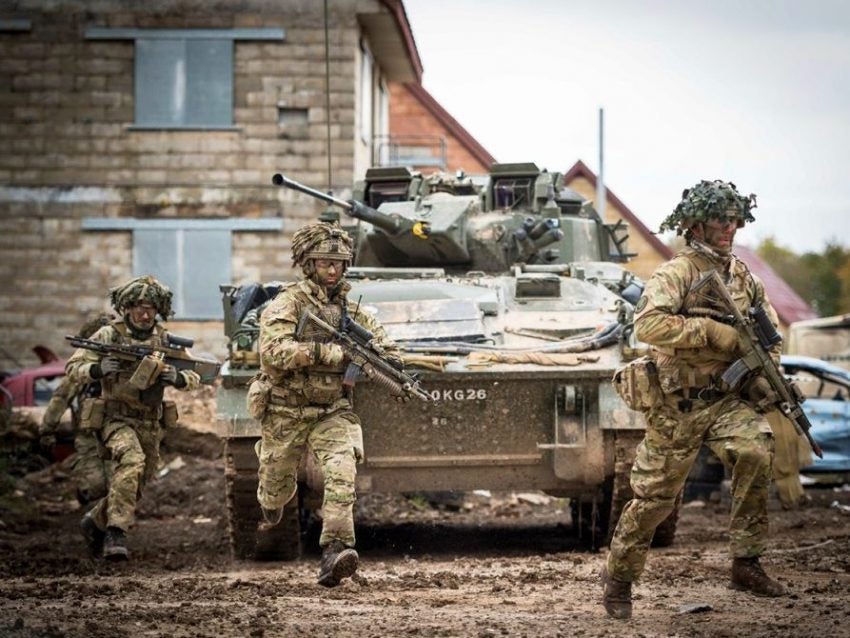 Raytheon is one of the contractors for the Enterprise Training Services Contract (ETSC).

With a maximum ceiling value of $2.4bn, the multi-award indefinite-delivery indefinite-quantity contract will continue for five years.

Several Ukroboronprom enterprises and other Ukranian defence companies were engaged in the production of the missile complex.

Successful testing of Vilkha allows the high-precision weaponry to help significantly enhance the efficiency of the Armed Forces of Ukraine (AFU).

Saudi Arabia requests $1.31bn sale of howitzer systems from US

The possible $1.31bn sale was requested by the Government of the Kingdom of Saudi Arabia and approved by the US State Department.

Under the deal, Saudi Arabia proposed the acquisition of 180 155mm M109A5 / A6 howitzer structures for conversion to 177 units of 155mm M109A6 Paladin medium self-propelled howitzer systems.

Currently deployed in Mali, the Tiger helicopters of the two nations have so far been involved in several United Nations peacekeeping missions.

The contracts were awarded by the Logistic Support Command of the Army (MALE) of Spain and Germany’s Federal Office of Bundeswehr Equipment, Information Technology and In-Service Support.

The US Defense Advanced Research Projects Agency (DARPA) is set to invest more than $2bn in new and existing artificial intelligence (AI) programmes.

Called the ‘AI Next’ campaign, the multi-year strategy focuses on contextual reasoning in AI systems in order to develop more trusting collaborations between humans and machines.

Defined as the third wave of technological advance, the next-generation of AI intends to explore new theories and applications that would enable the machines to adapt to changing situations.

The US Army awarded a $1.69bn contract to Oshkosh Defense for the supply of 6,107 units of joint light tactical vehicles (JLTVs).

Under the agreement, the company will also be committed to providing the army with associated installed and packaged kits.

In August 2015, the company was awarded a $6.7bn contract for production of the JLTVs. The latest order marks the tenth award under the contract.

With a national defence budget of $716bn, the NDAA will help support the US Department of Defense’s goal in strengthening the readiness and capabilities of the country’s armed forces.

Trump said: “I’m here today to sign the new defence bill into law, and to pay tribute to the greatest soldiers in the history of the world, the US Army. The NDAA is the most significant investment in our military, in our warfighters, in modern history.”