SVOS is one of the top leading European companies in the area of production and supply of armoured vehicles for a wide range of end-users worldwide. The company has been on the market since 1992 and follows the basic principles of regional tradition in armoured car production in Prelouc, which dates back to 1918.

SVOS supplies armoured cars to more than 60 countries to a wide range of customers and helps to provide security for key personnel such as UN aid workers and peace-keepers, embassy workers, members of multinational corporations, army and police units and private sector security personnel.

The product range can be divided into four main categories:

Customers can choose several levels of ballistic protection for their vehicles according to the required ballistic resistibility standards. The processing of individual orders can be customized according to particular customer requests.

Sophisticated armouring methods, years of experience and innovative design are applied when manufacturing armoured vehicles. The aim of SVOS is to change your feeling of safety into safety itself.

Armoured VIP limousines are provided with ballistic protection against small-arms fire and shrapnel from DM 51 fragmentation grenades or anti-personnel mines. The principle remains in keeping the exterior and interior look of armoured limousines, which usually have a luxurious design.

These vehicles are not only used in the area of business and VIP transport; their characteristics make them suitable as vehicles to provide security in dangerous areas and places where armed conflicts are present.

SVOS armoured cross-country vehicles are armoured VIP limousines equipped with ballistic protection resistant against small arms or hand grenade and anti-personnel mine-clusters. An original interior and exterior look is also maintained for armoured cross-country vehicles manufactured with luxurious design; however the emphasis is often put on the utility of the vehicle more than the luxurious look. For this reason, SVOS is also ready to offer an “outdoor” version of the vehicle designed for uses in difficult conditions, such as:

Various additional technologies for armoured vehicles are mounted at SVOS

SVOS cash and carry vehicles satisfy all requirements important for this type of vehicles and arising from the experience of carriers and bank institutions. Vehicles produced by SVOS integrate many innovative manufacturing technologies and a flexible new generation electronic system designed for controlling and securing the vehicle. The system was developed specially for use in SVOS vehicles and considers the wishes and comments received from a wide group of customers.

SVOS vehicles are equipped with leading technology, which increases the level of services and security. The vehicles are manufactured in standard type ranges, but can also be tailored to particular customer requirements.

Special purpose SVOS vehicles are designed to be used by military and police units. This type of vehicle is intended for use in difficult terrain, which together with the possibility of usage in a range of climatic conditions greatly increases their utility value.

Vehicles can be equipped with additional armouring which significantly intensifies the total ballistic protection and their ability to be used for different purposes.

Special-purpose SVOS vehicles can be prepared for a quick assembling of weapon systems, which allows the crew to participate in elementary military operations.

The most common uses of the special vehicles are: 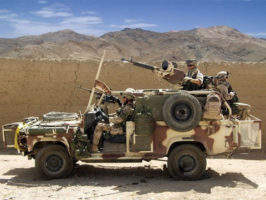 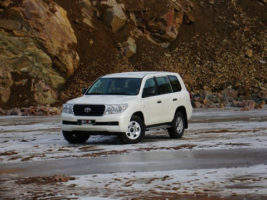 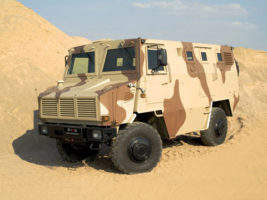 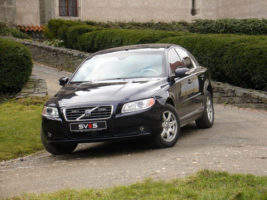 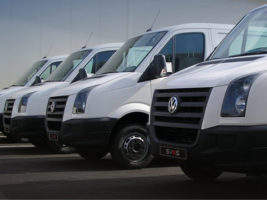 VEGA – A New Generation of Protection at DSEi 2013