Global Seating Systems (GSS) has the battlefield-proven credentials as a world leader in the development and production of soldier survivability systems for armored and unarmored vehicles. US-based GSS produces the most advanced blast-absorbing and blast-deflecting seating and restraint systems for the latest generations of armored and soft-skinned combat vehicles. These systems not only minimize the impact of a range of kinetic threats, but also protect against the effects of accidents and post-blast dynamics.

Briefly put, GSS’ role is to save lives and reduce injuries in combat, training, and other operational conditions, given that armor alone does not safeguard against the two stages of an explosive blast, and that conventional seating and restraint systems cannot adequately protect troops against the effects of collisions, rollovers, and other incidents.

GSS has demonstrated that its technologies — which are advancing constantly — not only can save the lives of troops operating in hostile conditions, they can also dramatically minimize the severity of injuries. This translates into major savings in human terms, and into mission effectiveness: GSS systems enable the job to be completed by troops, minimizing the interference which would otherwise be caused by casualty levels and the enemy’s ability to curtail and divert the troops’ assigned mission. GSS technologies also ensure that troops not only arrive safely, but also that they arrive in the best condition. GSS technologies minimize the fatigue of getting to the combat zone.

GSS designs and builds complete soldier survivability systems for military vehicles, but it also can inject advanced technologies into existing vehicles, making the bench seating, individual seating, and command and weapons positions more survivable and operationally effective. As a result, GSS is a partner in both the development of new military vehicles and in ensuring that older-generation systems can find a more effective life on the new battlefield. GSS technologies are the true force multiplier: for a small incremental cost component in the overall cost of an IFV, APC, MBT, or soft-skinned vehicle, the entire system can be made more effective, and with greater protection of personnel. This translates into overall cost savings and improvements in morale.

GSS’ R&D center, in Exton, Pennsylvania, works with teaming partners around the world to ensure that it can produce adaptive solutions to urgent combat challenges in the shortest-possible time. The company had a long history in civil vehicle seating developments before it entered the military market which had, until that time, viewed seating and restraint systems as an incidental part of the combat vehicle development. Recent asymmetric warfare history — and particularly the rising incidence of IED and rocket attacks on vehicles — and the demonstration by GSS that it could effectively address the ramifications of blast by looking beyond the high-weight armor responses has shown that the "soldier survivability" systems which GSS produces are an integral part of battlefield success.

Global Seating Systems (GSS), a world leader in the development and production of soldier survivability systems for armored and unarmored vehicles, has released a free white paper on the Army-Technology website. With the threat of underbelly vehicle blasts of paramount concern for US an 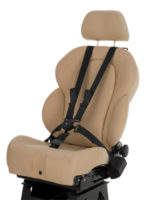 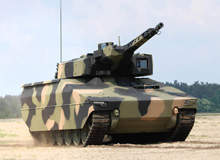 Global Seating Systems (GSS), a world leader in the development and production of soldier survivability systems for armored and unarmored vehicles, has released a free white paper on the Army-Technology website. With the threat of underbelly vehicle blasts of paramount concern for US an

Global Seating Systems (GSS), a world leader in the development and production of soldier survivability systems for armored and unarmored vehicles, has released a free white paper on the Army-Technology website. Floor mounting of passenger and crew seats is the most efficient and simple

Global Seating Systems (GSS), US pioneers of blast-resistant seating for military vehicles, recently established GSS Australia, in an effort to expand the Australian home market capability to develop and manufacture a range of military seating for Australian military use, and subsequently for exp

Soldier survivability in military vehicles operating under adverse conditions is expected to be substantially improved by a new teaming arrangement between US industry leaders Global Seating Systems (GSS) and Techno Sciences, Inc. (TSI) to combine their leading technologies. Exton, Pe