Since 2002, Isode has been developing and supporting commercial off-the-shelf (COTS) software for secure messaging. Our software is at the heart of great solutions, built in conjunction with our partners, for Military, Intelligence and Civil Aviation customers in over 150 countries.

Designed to work over both standard internet-quality links and over Constrained Network links (high-latency and/or low-bandwidth) such as SatCom, HF, VHF and UHF, Isode products are in service with Armies, Navies and Air Forces worldwide.

Email messaging services for use in constrained bandwidth environments

Isode provides email server, gateway and client products for military messaging using STANAG 4406, ACP127 and SMTP protocols, including gateways between these protocols following ACP145 and MIXER. Isode products are ideal for deployment in both standard and constrained bandwidth environments.

The company also provides clients, gateways and servers for deployment as part of a military email solution:

All Isode Email Server products can be deployed as a local MTA providing one or more of Isode’s supported protocols or as a gateway between any of the listed protocols, as well as SMTP and X.400.

Isode provides clients, gateways and servers for deployment as part of a military XMPP solution:

Instant messaging is becoming an increasingly important communication option for militaries, particularly for sharing communication with a large number of users with multi-user chat capabilities.

Voice and video communications are often impractical due to networking constraints and/or operational characteristics. Email or formal messaging is often too slow and cumbersome where information sharing and associated decision-making need to appen very quickly.

Directory services are a critical military component, used for tactical and strategic systems. Military directories, standardised in ACP 133, are used to provide information services, support of military messaging, and as supporting infrastructure for other applications such as PKI (Public Key Infrastructure).

Isode provides all of the servers and management tools needed to build a military directory.

All of Isode’s products are optimised for use over constrained networks (low bandwidth and/or high-latency) such as SatCom and HF Radio. In addition, Isode produces a modem-independent STANAG 5066 server enabling applications to work simultaneously and efficiently over HF modems/radios.

ISODE to Exhibit at West 2020 Defence Event in San Diego, US

ISODE has confirmed it will be participating at the West 2020 event taking place in San Diego, California, US on 2-3 March.

This white paper looks at dierent messaging protocols for use over HF Radio. HF Radio has awkward operational characteristics. 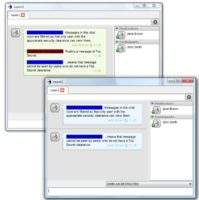 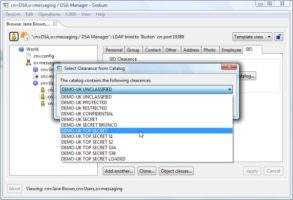 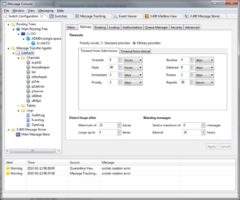 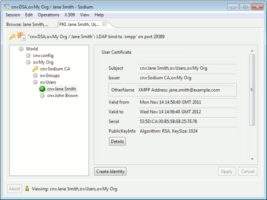 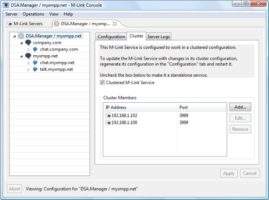 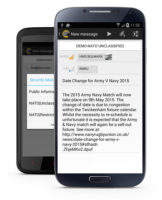 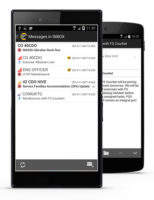 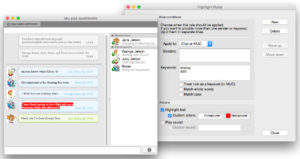 Harrier, Isode's Email Messaging client, provides a modern user-interface to secure messaging on Web. Harrier can be used in both General Purpose and Military deployments. 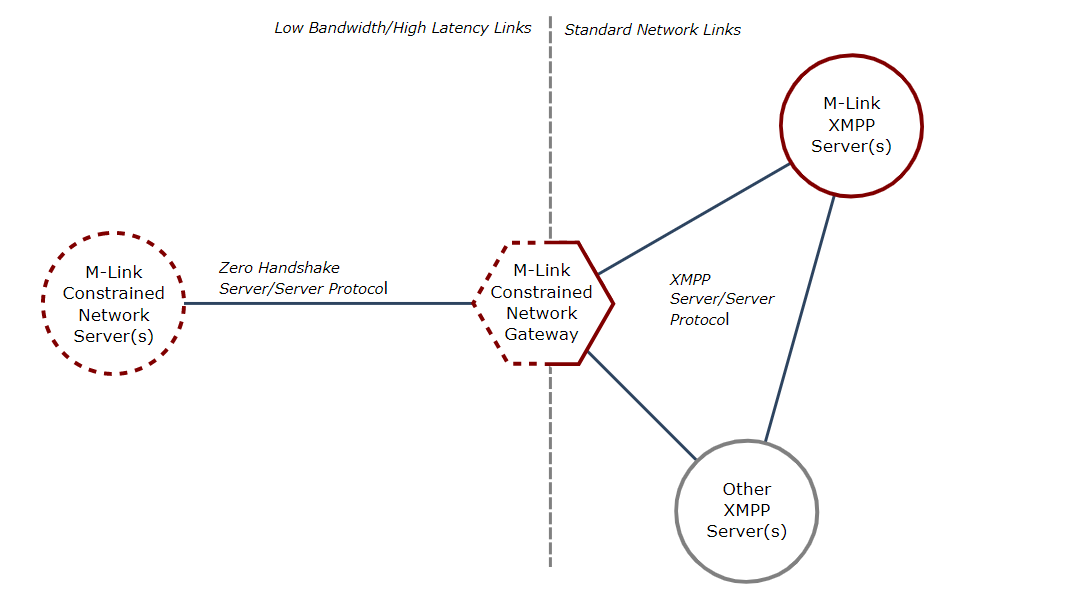 XMPP works efficiently over medium and high speed networks. Many military deployments will use network links with poor and variable quality, such as SatCom and HF Radio, with high latency being a particular problem. 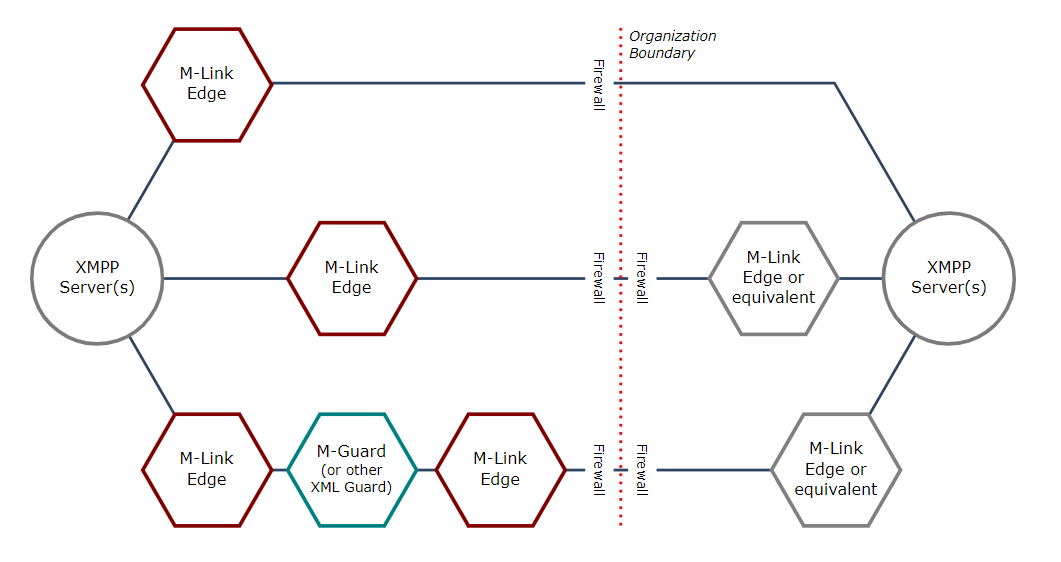 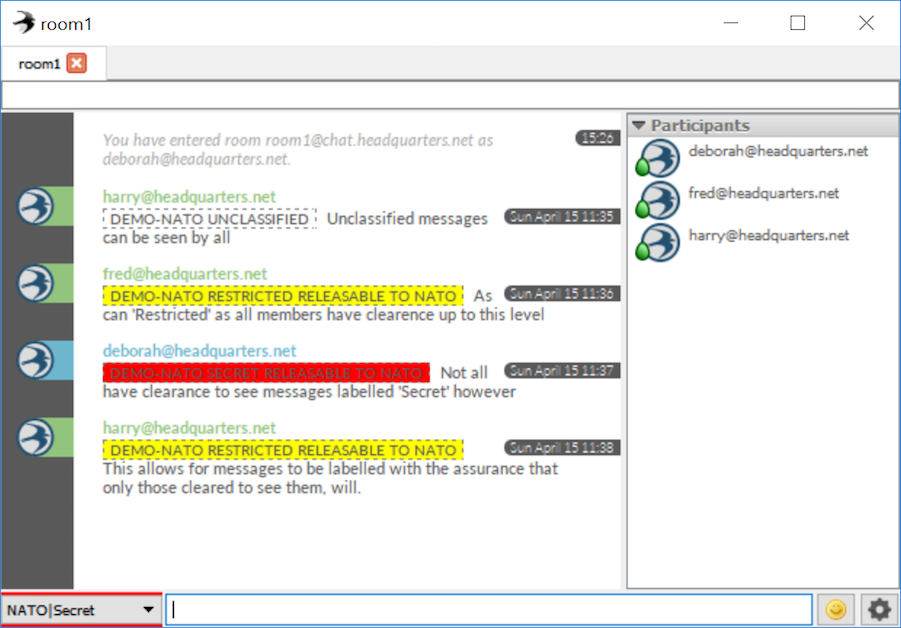 Swift Desktop is a multi-platform XMPP client for instant messaging and multi-user chat. A free and open source client (with support packages available from Isode), it contains a number of features that make it ideal for use in secure environments such as Military, Finance and Government.

This white paper looks at dierent messaging protocols for use over HF Radio. HF Radio has awkward operational characteristics.

This whitepaper looks at how tracking end to end message acknowledgements can improve service reliability for mission critical messaging.

Broadcast and Ship to Shore (BRASS) is an approach used by navies, particularly in Nato countries, to communicate between ships and shore using high frequency (HF) radio.

This whitepaper describes the new archive capability in M-Link, and how it enables searching of archive data by end users and operators.

Forms are important for military operations, and there is often a need to handle forms quickly and share with a large number of users.

ISODE to Exhibit at West 2020 Defence Event in San Diego, US

ISODE has confirmed it will be participating at the West 2020 event taking place in San Diego, California, US on 2-3 March.

Isode is pleased to announce that its 'M-Link' instant messaging and multi-user chat server software (based on the XMPP protocol) and 'Swift' desktop client software have been approved for inclusion on the US Department of Defense (DoD) unified communications approved product list (APL).

ACP 145 was specified to enable communication between CCEB Nations (Australia, Canada, New Zealand, UK, US) by defining a common interface standard for military messaging between nations.

Isode is pleased to announe that CEO Steve Kille will be speaking at the next meeting of the High Frequency Industry Association (HFIA) meeting in San Diego on 27 January 2011. His talk on 'XMPP over HF using STANAG 5066' covers an area that Isode has invested a lot of time in over the

The Coalition Warrior Interoperability Demonstration (CWID) is an annual demonstration that showcases information-sharing technologies that can be used by militaries and other government agencies to fill existing operational capability gaps. Initiated by the US, CWID includes participan

This is the first of a series of blog posts describing new features of Isode’s R14.6 release, scheduled for March 2010. IPv6 is the new version of IP. The major change relative to IPv4 (which is the version of IP most widely used) is the much larger address space. While many Isode produ

Isode will work with several leading companies to create a common XML security policy information file (SPIF) format. With the help of Cadmidium, Clearswift, CommPower, eB2Bcom, JSC, Nexor and SMHS, Isode hopes to encourage vendors to use a new system of security labels to exchange inf

In Isode's latest release, R14.2, support for Directory Access Control using Security Labels has been introduced. Security Labels provide an important mechanism for controlling access to information in many high security environments, and are also useful in environments with lower secur