Klinge provides a number of rugged and reliable products for military applications. Klinge’s military ISO container systems are used by military forces around the world for the transport and storage of food, medicine, chemicals, pharmaceuticals, and other perishable items.

Klinge has developed specialised 10ft and 20ft refrigerated containers for armed forces around the world, including the US, Hungarian and Austrian military, as well as the Australian Defense Force (ADF) and the United Nations, for the storage and transport of food and medicine in the field.

The redundant refrigerated containers have two refrigeration units (primary and back-up). The refrigeration unit automatically switches to its back-up in the case of a loss of performance or system failure to provide the ultimate peace of mind when shipping hazardous or valuable cargo.

Klinge’s redundant refrigerated containers comply with United Nations requirements for the transport of organic peroxides and self-reactive substances. The International Maritime Organisation stipulates that organic peroxides (class 5.2) and self-reactive substances (class 4.1) should be transported in dual mechanical refrigeration systems with integral generator sets, such as those provided by Klinge.

Deep-frozen commodities known to benefit from being transported at -60°C include tuna, sea urchins, swordfish, and pharmaceuticals, among others. It is well documented that a significant increase in the quality of frozen fish and shellfish is achieved by blast freezing seafood to an ultra-low temperature directly after being caught.

Klinge’s Quick Thaw Unit (produced by Morep) stores products at their ideal process temperature with minimal manual operation. The Quick Thaw Unit is widely used to thaw high-value seafood, such as tuna, that has been deeply frozen to an optimal temperature of -60ºC (-76ºF). Tests have shown that shelf-life is increased when tuna is frozen and thawed, at a time of the customer’s choosing, in a controlled environment.

The military refrigerated containers function as a freezer or refrigerator and maintain cargo between -20ºC (-4ºF) to + 20ºC (+68ºF). They contain a self-powered generator set to ensure complete and independent protection of the cargo. The special hook frame container system is equipped with integrated hydraulic rollers allowing easy loading/unloading and a manually operated hydraulic pump. The pump enables the rollers to be lowered when loading or unloading and raised when the container is stationary. 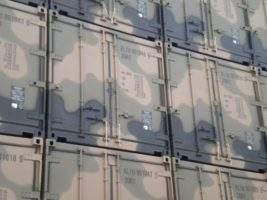 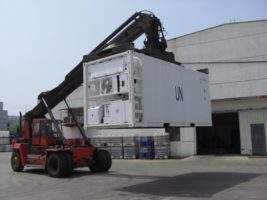 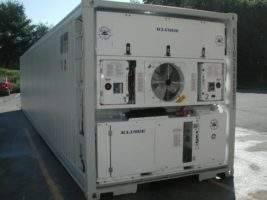 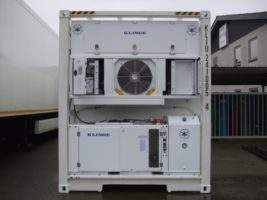 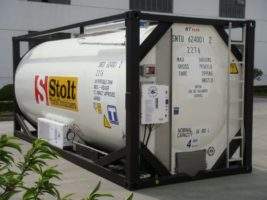 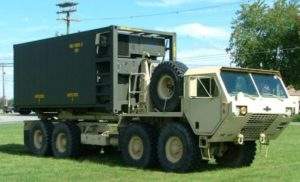 Klinge Group's 10ft military refrigerated container offers single temperature refrigeration and can serve as a fridge or a freezer. 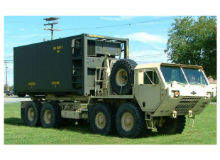 The refrigerated tricon container has single temperature refrigeration and serves as either a fridge or freezer. The unit is conveniently one piece. The condenser and evaporator sections are housed in the same section, and it is interchangeable with VM-405.

Klinge Corporation has revealed that its vice-president, Allan Klinge, will appear on the panel at this year's LogiChem conference.

Celebrating 30 years of expertise in the design and manufacture of transport refrigeration containers, Klinge Corporation was featured in Tank Container Magazine, which supplies the global tank container industry with research, editorials, interviews with major executives from within the industry, and in-depth analyses.

Klinge Corporation traveled to Norway to attend Offshore North Seas (ONS), one of the world's leading events for the international energy industry.

Klinge Corporation joins officials from the Indonesian Government and offshore professionals from around the world at the thirrd annual Deepwater Asia Congress (DAC) from 10 - 11 July 2014.

Klinge Corporation to Exhibit at DSA 2014

Klinge Corporation will be exhibiting at the upcoming Defense Services Asia (DSA) exhibition in Kuala Lumpur, Malaysia from 14-17 April 2014.

Klinge has finished production of nineteen military refrigerated A-frame containers and will deliver the equipment to the Swedish Defence Force later this month.

Klinge Corporation exhibited at the US Army's Annual Meeting and Exhibition from 21 - 23 October 2013 in Washington, DC.

On 7 June the Norwegian government confirmed that an oil column approximately 78ft thick was discovered in the northern part of the North Sea.

Klinge Corp is pleased to announce that it is a finalist in the 2013 Governor's ImPAct Awards.

Klinge, a leading provider of specialised ISO refrigerated containers, will be exhibiting at the Offshore Technology Conference (OTC) in Texas, US.

Klinge Corporation will be exhibiting at the Council on Safe Transportation of Hazardous Articles (COSTHA) Annual Forum later this month.

Klinge Corporation is pleased to announce that following delivery and extensive testing of its prototype container, the company's project with the Swedish Defence has expanded to nearly twice the size of the initial contract for a total value of more than $9m.

Klinge Corporation, the specialist manufacturer of transport refrigeration equipment, has completed acceptance testing of their military refrigerated A-frame container systems at a state-of-the-art test facility in the US.

Intermodal Europe is the world's leading event for the container transport and logistics industry.

Over 55,000 oil and gas professionals from around the world will flock to Rio de Janeiro to attend the Rio Oil & Gas Expo and Conference held from 17-20 September 2012.

Rapid expansion into emerging markets as well as the increased number of cold chain pharma products requiring refrigeration during transit and storage has forced the pharmaceutical industry to consider alternative methods of temperature control.

Klinge Corp has been awarded a subcontract with the US Army Contracting Command to design and manufacture the refrigeration unit for the Joint Services Expandable Refrigerated Container System.

With the spill of millions of gallons of oil into the Gulf of Mexico in 2010, the world became all too aware of the consequences that safety shortfalls in the offshore industry would have on the environment, people, and property.

Klinge Corp will be showcasing their Dual Refrigeration Systems for the transport of dangerous chemicals at the Council on Safe Transportation of Hazardous Articles (COSTHA) annual forum at booth 201.

Transport refrigeration, freezing, and power generation specialist Klinge has announced that they have won a firm and fixed price contract with the Swedish Defence Materiel Administration (Försvarets materielverk) to deliver the next generation of refrigerated ISO container systems.

Improper storage of dangerous goods can have disastrous consequences if not kept at a properly controlled temperature. The International Maritime Organization (IMO), the United Nation's specialised agency for maritime safety, has identified organic peroxides (Class 5.2) and self-reactive substanc

It has been well documented that a significant increase in the quality of frozen fish and shellfish can be achieved by blast freezing fish to an ultra-low temperature directly after being caught and by controlled thawing. The shift to lower temperature freezing machinery is growing rap

Snow, freezing weather, and high winds did not deter professionals from attending Intermodal Europe 2010. Held on 30 November to 2 December at the Amsterdam RAI in the Netherlands, thousands of businessmen and women from 80 countries across the globe braced the severe weather to attend the invalu

The Modern Day Marine expo serves as the premier equipment, services and technology exposition for the US Marine Corps. The expo is more than a show—it provides industries producing support equipment with the opportunity to showcase their new products and speak with marines of all ranks about wha

Klinge Donates to an Orphanage in Cholera-Stricken Haiti

Hit by a catastrophic earthquake in January 2010, the people of Haiti are now being confronted with new threat. The BBC has reported that cholera, a water-borne disease that affects mainly children and elderly, has taken the lives of nearly 300 people and infected more than 3,600. Transmitted by

Safety and security at sea are paramount. The deepwater horizon oil spill has highlighted the obligation of those entrusted with the handling of hazardous goods to comply with safety regulations. Some shipping captains are going further and are requiring that container systems storing hazardous g

The Australian Defence Force awarded Klinge Corp a contract to provide 185 refrigerated containers (single and multi-temperature) and 1,500 food storage bins. The containers will replace their current fleet and will serve as their new cold chain solution. Tasked with providing an unbro

Transport refrigeration specialist Klinge Corporation has released their new collapsible storage bins for the transport and storage of perishable items. The food storage bins (FSBs) are made of polypropylene and are extremely durable. The FSBs have passed a multitude of MIL-STD tests including sa

Transport refrigeration specialist Klinge Corporation has released their new collapsible storage bins for the transport and storage of perishable items. The food storage bins (FSBs) are made of polypropylene and are extremely durable. The FSBs have passed a multitude of MIL-STD tests including sa

Klinge Corporation partners with Astrotech to donate a refrigerated container system and generator set to orphanage in earthquake-stricken Haiti for the storage of food and medicine. Following the devastating earthquake that struck Haiti in January 2010, international donors pledged $5.

Klinge Corporation Ensured Safe Transport of Ice Cores from Antarctica, Across the Equator, and Through the Southwestern US

Transport refrigeration specialist Klinge Corporation is making its systems available for tanker operators to carry foodstuffs on long voyages. The company based in York, Pennsylvania, offers a picture frame refrigeration unit for 20ft containers, made from corrosion-resistant aluminium

Companies using intermodal containers to ship hazardous goods around the world are now facing tougher safety standards for their shipments. In particular, shipping companies have been tightening up procedures this year for temperature-sensitive hazardous and/or self-reactive cargo. Many are requi

Klinge Corporation, the specialist manufacturer of transport and storage refrigeration equipment, has won a new lease contract with the US space program. The company based in York, Pennsylvania, will provide six explosion-proof refrigeration units to United Space Alliance (USA), NASA’s prime hum