The unique line of loitering munitions systems can be utilised for both strategic and tactical targets thanks to advanced deployment, target acquisition and attack capabilities. Offering independent, non-level-of-service (LOS) precision, Hero’s rapid reaction time in response to time-sensitive targets provides it with a critical advantage in populated areas. The systems combat human targets, moving light-duty vehicles, tanks, and other strategic objectives with minimal collateral damage.

The 3kg portable Hero-30 is the smallest system in the UVision family of smart loitering systems. Deployable within minutes, it can loiter 30 minutes and is ideal for anti-personnel missions. With a pneumatic launch, low-noise and low-thermal signature, Hero-30 in an invisible, surprise attacker providing a major asset to defence forces.

The Hero-70 smart loitering system is extremely lightweight at only 7kg and has an LOS datalink range of 40km. Ideal for light vehicle targets, it can ensure 45 minutes of flight time while carrying a warhead of more than 1kg.

The Hero-120 is the largest of the short-range systems and ideal for anti-tank missions or other tactical objectives. It carries a 4.5 kg warhead and has an extended flight time of 60 minutes.

With the ability to independently close the sensor-to-shooter loop, and rapid reaction time in response to time-sensitive targets, the systems effectively reduce collateral damage; a critical advantage in populated areas.

Launched via canister or rail launcher, the Hero-250 is an effective solution against operational targets. It offers three hours of flight time and a 150km LOS range when reliable long-range pinpoint strikes are required.

The Hero-400EC is an innovative all-electric precision electro-optical / infra-red (EO/IR) guided, man-in-the-loop loitering munition system that can locate, track and strike static and moving targets with a high level of accuracy. The Hero-400EC offers a two-hour flight time and a 150km LOS range and has proven effective against a wide variety of targets ranging from armoured vehicles through main battle tanks to fortified enemy positions.

The Hero-900 is capable of carrying a 20kg warhead and enduring seven hours of flight time. With an extremely long range of 250km, it is highly effective on the modern battlefield.

As the largest UAV in UVision’s fleet of strategic systems, the Hero-1250 carries an extremely lethal 30kg warhead. With long-range flight capabilities of 200km, it acts as a significant weapon in military strategy.

The Hero Simulator System is a state-of-the-art payload and loitering weapon simulator (LWS) that enables operators to train on the Hero loitering munition (LM) family in a virtual reality environment.

The system provides a high-quality environment and mission simulation, as well as instructional capabilities, allowing users of all levels to train in a wide range of operational scenarios while avoiding the costs, risks and constraints inherent to actual flights.

The Hero Integrated Simulator is based on proprietary software running on the Hero Operator Control Unit (OCU), including 3D training databases, computer-generated forces and objects. It utilises real flight and wind tunnel data, as well as the actual LM autopilot and video tracking in its control hardware, ensuring the most realistic environment possible. The Windows-based simulator is fully compliant and completely integrated with the authentic autopilot flight control system.

When combined with live flight training using the parachute configuration of the Hero-30ISR Training System, the integrated simulator enables efficient loitering system training for a broad spectrum of missions, including intelligence, surveillance and reconnaissance (ISR), as well as preparing and rehearsing for operational missions in simulated enemy territory.

UVision is built on 30 years of extensive field experience by a professional management and engineering team from both military and aeronautic backgrounds. The company’s superior loitering solutions incorporate end-to-end components and sub-systems, including control, communications, armaments and launch mechanisms, to deliver a turnkey solution.

UVision Air Ltd, a global pioneer of high-precision lethal loitering systems of all sizes, presented the Hero-30 launcher in its new advanced configuration at AUSA 2018 in October. 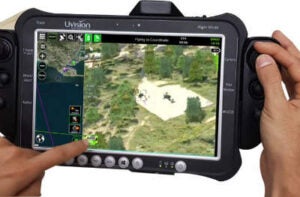 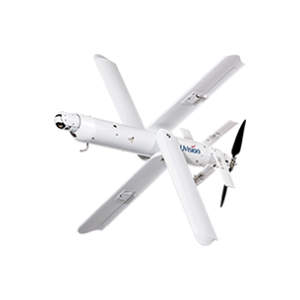 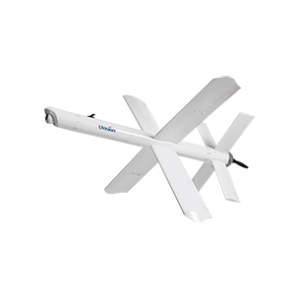 UVision designs and manufactures effective operational systems suitable for a wide variety of projects. The company’s HERO products include larger operational loitering munitions for land, naval and air use. 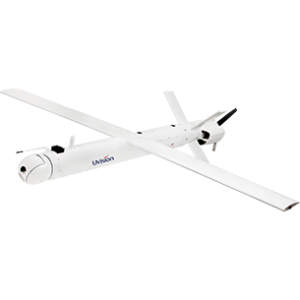 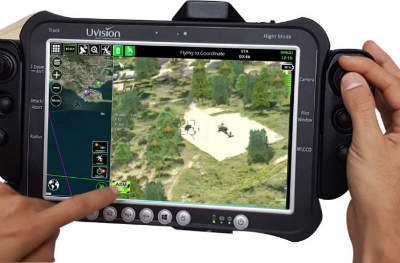 UVision Air Ltd, a global pioneer of high-precision lethal loitering systems of all sizes, presented the Hero-30 launcher in its new advanced configuration at AUSA 2018 in October.

UVision Appointed Major General (Res.) Yair Naveh as New Chairman of the Board

UVision, a pioneer in the technological development of cost-effective, lethal aerial loitering systems, appointed Major General (Res.) Yair Naveh as the new Chairman of the company's Board of Directors.

Raytheon and UVision will adapt the UVision Hero 30 Lethal Loitering system for US Army requirements.

The companies signed a Memorandum of Agreement (MOA), by which FIRSTEC will supply HERO-30 systems for the local market.

The demonstration proved the system's ability to strike a target with exceptional precision. Tracking and lock-on capabilities of the system on a moving vehicle and a human target in various operational scenarios, as well as mission-abort capabilities, were also demonstrated.