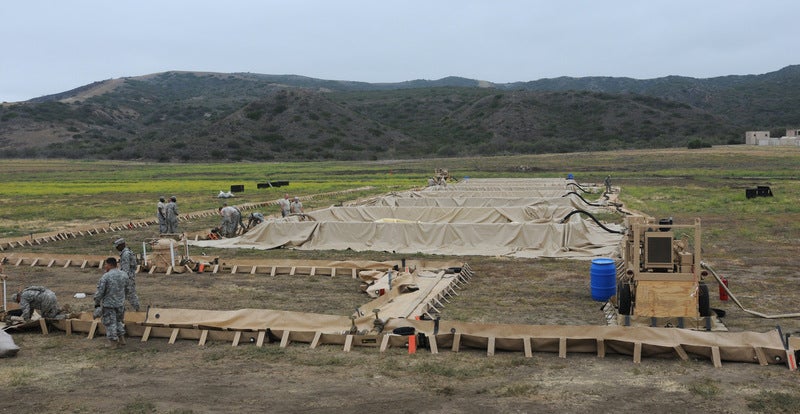 T.J. Clark is a provider of specialist equipment such as fuel system supply point (FSSP) systems. The photo shows a set-up with 360,000 US gallons (USG) of fuel storage, 350gal per minute (GPM) pumps, 350GPM filter separators, hose assemblies, gate valves and 60,000 USG fuel bladder tanks.
The 350GPM pump system transfers fuel or water across long or short distances.
The 350GPM filter separator treats fluids and can be used with other T.J. Clark International products.
The company’s fluid storage bladders can hold up to 210,000USG of fuel or water.
Suitable for use on fixed-wing and ground vehicles, T.J. Clark’s forward area refueling equipment (FARE) is a lightweight solution that can be easily transported.
T.J. Clark International supplies a wide range of forward-operating base shelters and life-support equipment.