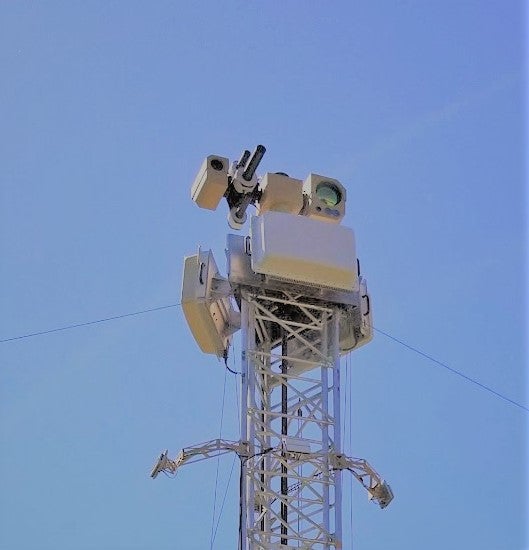 IEC Infrared Systems has been an industry leader within counter UAS for over 20 years, developing cutting-edge surveillance systems for a wide range of defence requirements. The company’s solutions are trusted by defence organisations and government users in the US and across the world.

Army Technology spoke with Dr. Rick Pettegrew, General Manager at IEC Infrared Systems, about the company’s cutting-edge Lycan Counter UAS system, including its key features and benefits and the company’s future plans for its development.

Can you provide an overview of the Lycan Counter UAS system and where this can be deployed with the defence industry?

Thank you. Please check your email to download the white paper.

The Lycan Counter UAS system is designed to detect, track and mitigate Group 1, 2, and 3 UAS.

“The system can also provide, in some cases, ‘attack the network’ capabilities by displaying where the home location for a system is programmed to be and where the ground controller is.”

What are some of the key benefits and advantages of the Lycan Counter UAS over competitor systems available on the market?

“Clutter mitigation. From the operator’s perspective, clutter is the single biggest factor in the success or failure of a counter UAS system, particularly one that’s dealing with Group 1 and Group 2 targets. That’s because Group 1 and 2 UAS systems fly in the ‘low and slow’ domain where birds fly.

“Unguided neural networks are commonly used in the defence industry for clutter mitigation, but these have been shown to not be effective at all. We have taken a different approach known as ‘guided learning’ which, while still within the realms of artificial intelligence, is far more successful.

What levels of effectiveness and accuracy has the system achieved when deployed and in trials?

“We have achieved 94% to 95% clutter mitigation, which reduces the operator’s workload massively and makes the system much more effective.

We have achieved 94% to 95% clutter mitigation, which reduces the operator’s workload massively.

“Further, we now have an optional micro-doppler capability, which can accurately identify whether the target has propellers or not. This works as a second-stage of clutter mitigation and nearly eliminates false positives.”

Do you have any plans to further develop or adapt the system for future industry requirements?

“Yes. We are continually working to increase the autonomy and constantly evaluating new sensors aimed at improving the performance of the Lycan. This includes enhancing its range, ability to detect other targets, and other capabilities.

“We’re also working on a smaller version of the Lycan, which will be more portable and convenient for deployment on military vehicles.”

The Lycan Counter UAS is currently in deployment with various armed forces and governmental organisations worldwide.

Please click here for more information about the Lycan Counter UAS and to download the product brochure and full specification.

To enquire about the Lycan Counter UAS system, please contact IEC Infrared Systems directly through the contact form on this page.