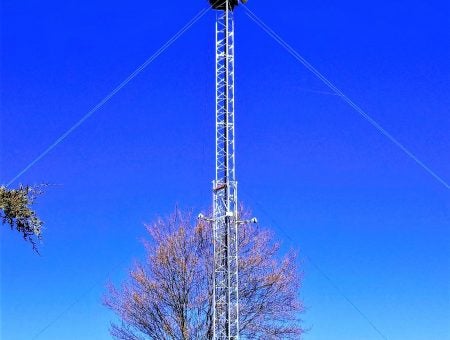 IEC Infrared Systems (IEC) has been manufacturing thermal and infrared imaging surveillance systems since its formation in 1999 and has established a reputation as an industry leader in developing counter UAS solutions.

Utilising advanced radars, cameras, and sensors, the Lycan Counter UAS system is suitable for a range of military and commercial applications and enables troops/security personnel to locate, monitor, track and counter small drones that may pose a threat.

The system is mounted on a trailer, making it easy to deploy and relocate. IEC also designs and manufactures its IntrudIR Alert® Command and control middleware providing complete control and configuration of the Lycan CUAS system by a single user. The middleware is also built on a Windows based modular model allowing the inclusion of additional sensors. Most upgrades can be performed in the field as well as communicating with other C2 platforms if required. IEC utilizes a unique heuristic-based target detection and clutter mitigation algorithm to provide concise target alerts and threat priority allowing the operator a clutter free interface and instant high threat target alerts.

Lycan is most effective against multiple, simultaneous fixed and rotary-wing UAS threat targets. 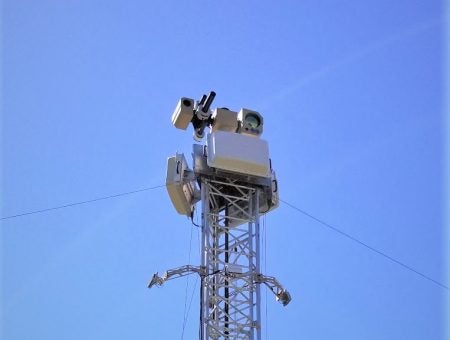 IEC’s Wolfpack CUAS (Counter UAS) system is a shorter range (0m-1000m) integrated system based on some of the same series of tested, fielded components as Lycan

The Wolfpack CUAS can be rapidly deployed for fixed or mobile applications and is ideal for smaller areas of regard. Installations include municipal utilities, sports arenas, and small military bases in urban settings.

There are also several optional elements which can be added to the each of the systems including kinetic response (RWS firing 40mm airburst grenades) for later design spiral, and white spotlight 18 million candle power.

Lycan and Wolfpack has recently completed a nearly monthlong independent testing by the US Government and had a better than 98% detection and tracking score on multiple small UAS targets.

As an industry-leader in the development of counter UAS solutions, IEC’s systems have the ability to detect, identify, and deal with potential threats with a high level of precision and accuracy, making the company’s products ideal for a wide range of military and commercial requirements.

IEC’s experienced in-house mechanical, electrical, and software professionals can design state-of-the-art thermal imaging cameras and infrared equipment for even the most demanding of client requirements.