The Russian invasion of Ukraine has been a game changer when it comes to investors’ approaches towards their environmental, social and governance (ESG) strategies. This has been translated to changes in the sectors and the countries that they invest in.

The biggest U-turn has been seen in the defence sector, where investors had been looking to divest from arms companies prior to the Russian invasion of Ukraine. However, this is changing, with many investors now seeing the defence industry as a key sector for security reasons.

Indeed, SEB Investment Management has decided to reverse its sustainability policy and permit some of its funds to invest in defence companies. More specifically, funds that invest in equities and corporate bonds will be able to invest in the defence industry, but all the funds will continue to exclude investments in companies that manufacture, develop or sell weapons that violate international conventions, or that are involved in the development of nuclear weapons programmes.

Investment
British Army needs to be “more lethal” on the battlefield

Investment
What the plummeting pound means for UK defence 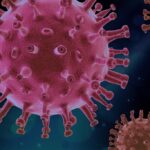 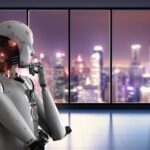 In addition, GlobalData’s executive briefing on the Ukraine conflict states that initial market reaction to the conflict resulted in large share price gains for major Western defence suppliers, the only sector to see broad rises on day one of the invasion.

Several countries vowed to increase their defence and military spending, which resulted in a rise in defence stocks. “Germany Poland, Romania, Sweden, Denmark and China have all announced defence budget increases while the UK, France and Canada are all considering increases in the near future,” the executive briefing stated.

Germany has not only announced that it will increase spending on its defence and military sectors to more than 2% of GDP, it is also considering extending the lifespans of its nuclear plants, instead of shutting them down in 2022 as was previously planned. This is to help the country move away from its dependence on Russian gas.

Steering away from Russia and autocratic regimes

It is not just on a sector level that investors have had to rethink their ESG activity since the Ukraine invasion, but also the countries and regions in which they are active.

Investing in Russia is now off limits for most Western investors, with the sanctions now imposed making such activity almost impossible. This is particularly true of any investments that are ESG-compliant.

Prior to the invasion, funds where ESG factors had been integrated into the investment process held at least $8.3bn in Russian assets, according to data compiled by Bloomberg. These funds owned shares in Russian state-backed companies such as Gazprom, Rosneft and Sberbank, as well as Russian government bonds.

The Russian invasion of Ukraine has brought with it a greater focus on human rights violations for all investors. Investing in a country where such violations are known to exist can lead to reputational risks for investors, who will now know that public tolerance for associating one’s self with such regimes is much lower than it was pre-invasion.

ESG investing in the aftermath of the Russian invasion

The Russian invasion of Ukraine has shaken up each aspect of ESG investing: environmental, social and governance.

With regards to the social element, “the energy and food price shocks raise questions around keeping the lights on and protecting the poorest households”, states GlobalData’s executive briefing. It adds, relating to environmental investing, that the US government is encouraging additional output from shale producers, the UK is reviewing the timelines to phase out its remaining coal power plants, and several countries are cutting petrol taxes.

On the flip side of this, the EU is looking to reduce its reliance on Russian gas, which could positively impact the transition to a greener economy.

Investors had had to cope with the new normal emerging in the aftermath of the Covid-19 pandemic and now they must take into account the fallout from the Russian invasion of Ukraine when it comes to their ESG compliance. Quite how deep that impact will go – whether it will just be Russia that remains a pariah state, or if other autocratic nations become off limits – remains to be seen, but investors that tolerated Vladimir Putin’s previous acts of aggression only to be ‘shocked’ that he would go so far as to invade a peaceful neighbouring country now have a great deal of food for thought.

Understand the impact of the Ukraine conflict from a cross-sector perspective with the Global Data Executive Briefing: Ukraine Conflict.

Sofia Karadima is a senior editor and researcher at Investment Monitor, focusing on financial and business services, and ESG investing. She previously covered institutional investment across private markets for financial news and research provider Acuris. She has reported on private equity, venture capital, private debt and infrastructure, among other topics. Sofia is currently based in London, after living in Chile, Denmark, Spain and Greece.
SUBSCRIBED