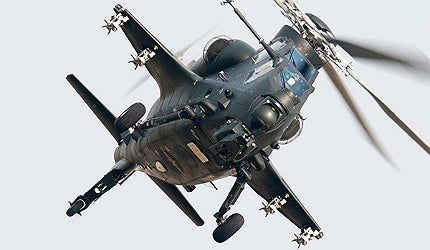 The Z-10 attack helicopter can be primarily deployed in anti-armour and battlefield interdiction missions. The helicopter can also conduct limited air-to-air combat operations.

Development of the Z-10 attack helicopter

“The helicopter can adapt to use the newly developed HJ-10 anti-tank guided missile (ATGM).”

The development of the Z-10 attack helicopter started in the mid-1990s at CHRDI’s and CAIG’s sites in Jingdezhen, China. It is the first modern attack helicopter designed and produced domestically by the People’s Republic of China.

The full-scale test platform was completed by the end of 2001. The initial flight tests were completed in 2003 and the second stage of tests were concluded by 2004. The Z-10 can be compared with its Western counterparts, including AH-1 Cobra, AH-64 Apache and Tiger helicopters.

In June 2012, United Technologies and its subsidiaries Pratt & Whitney Canada and Hamilton Sundstrand pleaded guilty for breaching the Arms Export Control Act and making false assertions about the illegal export of US-made military software for the Z-10. The companies agreed to pay more than $75m to the US Government as part of a global settlement related to the Chinese arms export violations.

Features of the Chinese military aircraft

The Z-10 incorporates a conventional attack helicopter layout featuring a nail down fuselage and stepped tandem cockpits. The fuselage, with a sloped side, is tapered to the rear for a reduced radar cross section. The helicopter is equipped with five-bladed main rotor and four-bladed tail rotor. Two engines are mounted at the rear of the cockpit. The helicopter has a length of 14.1m, rotor diameter of 13m and a height of 3.8m. The maximum take-off weight of the Z-10 is 8t.

Cockpit and avionics onboard

The stepped tandem cockpit accommodates a gunner in the front and pilot in the rear on ejection seats. The cockpit is protected by composite armour. The bullet-proof glass canopy of the cockpit can withstand 7.62mm rounds.

The modern glass cockpit is equipped with multifunctional displays (MFDs), a helmet mounted sight with night vision goggles and a fly-by-wire (FBW) control system. The helicopter can be fitted with a forward-looking infrared (FLIR) and a low-light television as well as radar systems.

Armaments on the modern attack helicopter

The chin mounted turret can be fitted with a 20mm or 30mm autocannon. Two stub wings provide four hardpoints for holding external weapons. The GJV289A standard databus architecture allows the integration of weapon systems of both Soviet and Western origin.

“It is the first modern attack helicopter designed and produced domestically by the People’s Republic of China.”

The helicopter can also adapt to use the newly developed HJ-10 anti-tank guided missile (ATGM). The missile is believed to be equivalent to the US-made AGM-114 Hellfire.

The WS-1B multiple-launch rocket system was developed by the China National Precision Machinery Corporation (CPMIEC), based in Beijing, China.

The Ka-50 Black Shark helicopter, developed by Kamov Helicopters JSC, carries the Nato codename Hokum A, with Hokum B the two-seat version, Ka-52.