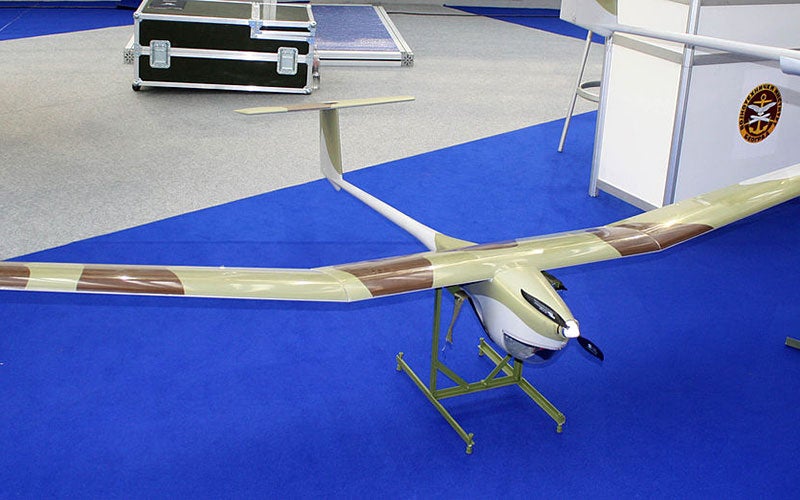 Vrabac can perform missions such as reconnaissance, surveillance, aerial survey, target identification and designation under all lighting conditions. It can also be used in civil applications, including protection of major infrastructure facilities and inspection of pipelines, power lines, roads, bridges and forest areas.

BB Composite manufactured, equipped and tested composite structures for the UAV. Vrabac was exhibited at the Partner 2015 International Fair of Armament and Defence Equipment in Belgrade, Serbia, in June 2015.

The Vrabac unmanned air system consists of an unmanned aerial vehicle, launch and recovery systems, payloads and a ground control system. It can be disassembled and transported in a suitcase.

The drone features a high-wing monoplane design with upward cranked tips and its fuselage is aerodynamically shaped to reduce drag. Composite materials were used in UAV components to reduce the weight.

The UAV is 1.94m long with a wing span of 2.806m and a wing area of 0.75m², and weighs approximately 5kg. It can be launched by hand and recovered using a parachute and an airbag. It features a belly landing capability and can automatically return home and land in case of failure.

The drone has two operating modes, which are fully autonomous and manual. In autonomous flight mode, the aerial vehicle can be flown automatically from take-off to landing using pre-programmed flight paths, waypoint navigation and trajectory tracking.

The tactical UAV can carry payloads of up to 1.5kg under the nose. It is equipped with a gyro-stabilised electro-optical (EO) / infrared (IR) payload camera for aerial observation, surveillance and target identification during the day and at night.

Vrabac mini unmanned aerial vehicle is controlled manually by the operator at the ground control system, which includes a laptop.

The UAV employs an S-band, digital and coded downlink to transmit real-time imagery and telemetry data collected by payloads to the ground control station. It receives the flight path and mission planning from the ground station through an ultra high-frequency (UHF) uplink that uses a frequency-hopping spread spectrum (FHSS) transmission technique.

"Vrabac can perform missions such as reconnaissance, surveillance, aerial survey, target identification and designation under all lighting conditions."

The mini unmanned air system runs on a DC motor mounted in the nose section. Charged by a Li-Po 28V, 8,000mAh battery, the motor develops an output power of 800W.

A two-bladed 16×8 Aeronaut CAM folding propeller operating at 9,000rpm, is joined to the motor in tractor configuration to provide increased velocity and high performance. The propeller blades were designed by Rudi Freudenthaler using graphite composite materials.

The drone has a cruise speed of 61km/h and a maximum speed of 120km/h. Its minimum and maximum operational altitudes are 300m and 500m above the ground level, respectively.

It has a maximum take-off weight of 7kg and can endure for more than one hour. Vrabac can also transmit real-time surveillance and reconnaissance data over a range of 10km.