Height to Top of Chassis 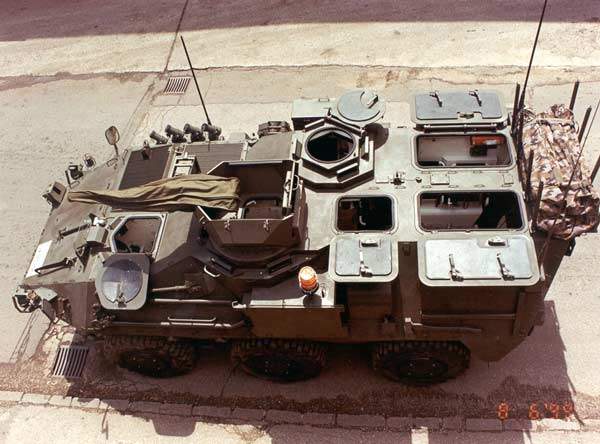 The Valuk is equipped with a stabilised OWS-25 Overhead weapon station. 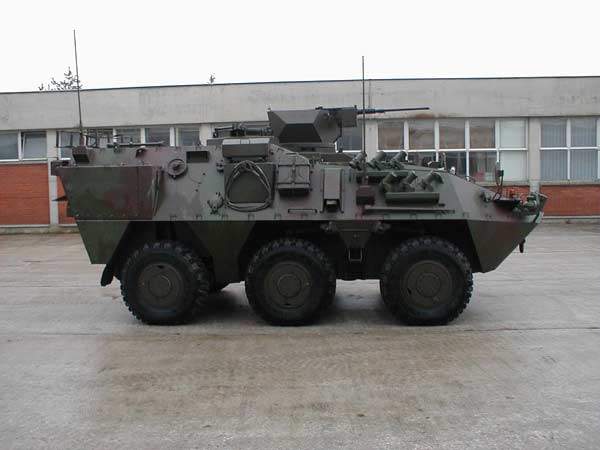 The Valuk light armoured vehicle, in production for the Slovenian Army. 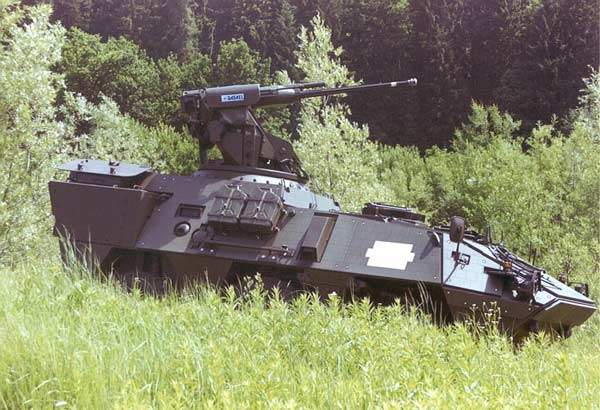 Valuk has been designed and manufactured in cooperation with Rafael of Israel and Steyr of Austria.

The gunner can track a target, aim and fire from inside the turret. 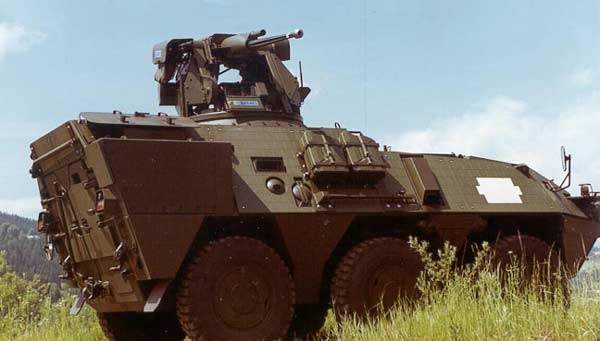 The ambulance variant of the Valuk.

The Valuk light armoured vehicle (LAV), manufactured by Sistemska tehnika Armas of Slovenia, is in full-scale production following a series of competitive performance tests carried out by the Slovenian Army. Contracts have been placed for the supply of 85 of the 6×6 wheeled Valuk for the Slovenian Army.

The Valuk is manufactured under a licence manufacturing agreement with the Austrian company, Steyr Daimler Puch Spezialfahrzueg (now part of General Dynamics Land Systems – Europe) and is based on the Pandur vehicle.

The Valuk LAV has four variants. It comes as transport, ambulance, mortar-carrier and scout variants. The transport variant has a crew capacity of nine with a 12.7mm machine gun or a 40mm automatic grenade launcher. The ambulance variant has a capacity to carry a crew of seven. It does not have any armaments. The mortar-carrier variant carries a crew of four with a CARDOM 120mm mortar.

The Stalker armoured reconnaissance and scout vehicle (ARSV) has been developed by Sistemska tehnika jointly with Rafael of Israel. The vehicle includes the Rafael remote control weapon station (RCWS) and a surveillance system based on Rafael’s Toplite day / night targeting and acquisition system. Toplite includes third generation FLIR, CCD TV and a laser rangefinder, and is capable of manual and automatic target tracking.

A battle management system (BMS) can slave the RCWS to the Toplite targeting system. It has a capacity to carry three crew members.

Rafael has supplied a passive add-on ceramic armour kit for the Valuk which provides 12.7mm AP round protection over the full 360°.

The crew door at the rear of the vehicle is equipped with a periscope sight. The crew is protected against anti-tank and anti-personnel mines and a full nuclear, biological and chemical warfare protection system is fitted. The crew compartment is fitted with an automatic fire detection and firefighting system with three fire sensors and three halon 1301 gas containers. A version of the Valuk has been built with a rear ramp with an emergency door instead of two doors. The vehicle can also be equipped with a capstan-type cable winch.

The Valuk is equipped with a Steyr 612.35 six-cylinder turbo diesel engine and a hydrodynamically controlled automatic transmission with a torque converter and lock-up clutch with five forward and one reverse gear. The engine provides a power to weight ratio of 20.4kW a ton.

The 6×6 wheels have automatic tyre pressure regulation with a central tyre inflation system. The independent suspension system has telescopic shock absorbers on each wheel. There are coil springs on the first and second axle and torsion bars on the third axle.

The drive train and steering linkages are protected within the hull of the vehicle.

The turning radius is 8.5m, and man-made obstacles such as trenches up to 1.5m wide, vertical obstacles to 0.5m high, gradients of 70% and side slope to 40% can be navigated. The Valuk can ford water to a depth of 1.2m, maximum speed is typically 110km/h. The ground clearance is 430mm. The combat weight is 13,300kg.