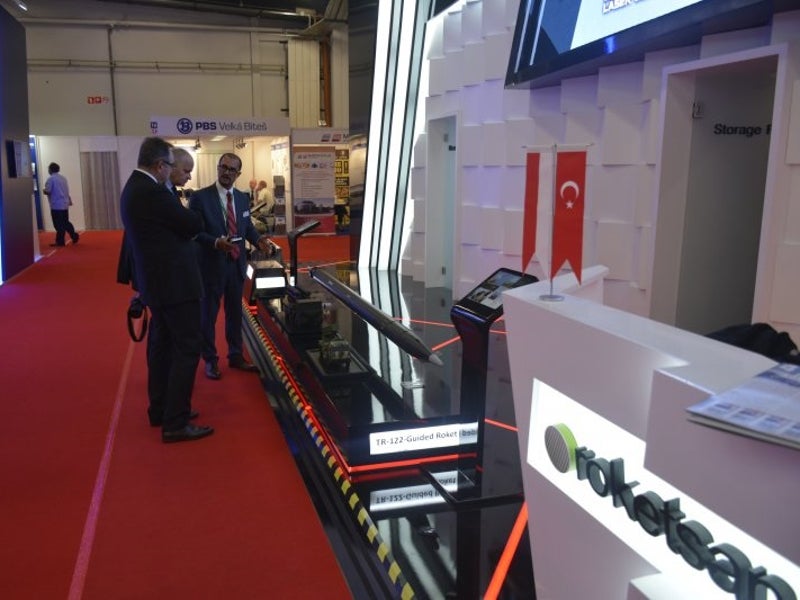 An extended range variant of TR-122 missile, the TRG-122 was unveiled in September 2016. Prototype testing of the missile has been completed and the final qualification testing is underway.

Roketsan plans to demonstrate the TRG-122 extended-range missile to various countries at the Defence and Security Equipment International (DSEI) exhibition to be held in London, UK, in September, in order to enhance its export market.

Designed to serve for ten years, the TRG-122 surface-to-surface guided missile has a diameter of 122mm and a weight of 72kg.

Two foldable wings are mounted in the missile’s nose section to provide high speed and better aerodynamic stability. Guidance and warhead systems are located in the middle portion, while the tail section houses rocket motor.

The tail section is additionally equipped with four electromechanical control actuators that generate aerodynamic force to control the missile’s flight.

Guidance and warhead of TRG-122 weapon

Guidance for the TRG-122 missile is provided by a satellite navigation system that uses either a global positioning system (GPS) or global navigation satellite system (GNSS). The missile’s target accuracy is 30m.

The missile is armed with a high-explosive or steel ball fragmentation warhead weighing 18.4kg. The warhead features a proximity fuse with point detonating back-up and is used to defeat armoured vehicles and tanks fitted with explosive reactive armour.

The warhead offers a blast radius of 20m using high-explosive fragments and a radius of up to 30m using steel balls.

The TRG-122 guided rocket can be launched from T-122 multi-barrel rocket launching (MBRL) system, which is designed to provide indirect fire capabilities of artillery forces.

“The missile is developed by Turkish weapons maker Roketsan for the Turkish Armed Forces.”

Mounted on six or eight-wheeled tactical vehicles, the 9.2m-long launching system offers a high rate of fire against high-value targets at a maximum firing range of 40km.

The T-122 launcher platform is equipped with two launching pod units holding 20 barrels of 122mm guided rockets each. The rockets are stored in 3m-long sealed and thermal insulated composite tubes for protection from adverse weather and environmental conditions. The launch tubes can be hydraulically elevated at angles from 0° to 55° and traversed at angles between -110° and 110°.

A weapon management system is placed in the vehicle to assist the launch and control of weapons. The missiles can be fired as single or salvo and can be tracked using a wired / wireless voice and data communication system.

The missile can also be launched from different modern rocket launcher systems, including T-122, T-122/300 multi-calibre and multi-barrel rocket launching system, T-107/122 MBRL weapon system and MCRL-122/300, and can be integrated into other land-based platforms.

Performance of the 122mm guided weapon

Powered by a composite solid-fuel propellant rocket motor, the TRG-122 guided missile offers enhanced fire support against a variety of targets in a range between 16km and 35km.

The missile is capable of operating under all weather conditions during both the day and night.

MESKO SA
MESKO SA is a producer of ammunition and anti-armour, anti-aircraft...