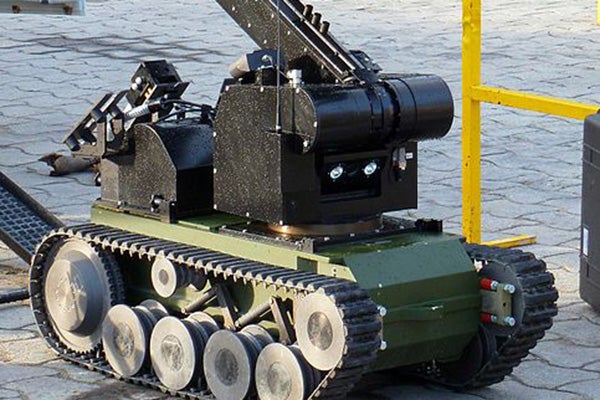 The robot offers high reliability and excellent manoeuvrability. It can be used to identify and disarm booby traps, fireworks, improvised explosive devices and other dangerous objects in closed areas, buildings and vehicles. It also performs reconnaissance, monitoring and investigation of objects in exceptionally dangerous conditions.

The tEODor bomb disposal robot system is in service with military and law enforcement units of more than 41 countries worldwide.

Orders and deliveries of tEODor

The tEODor robot entered into service with the Czech Army in March 2005. The Canadian Army ordered 23 robot units in March 2006.

In August 2011, the Spanish Armed Forces awarded a contract under the ten-year acquisition programme for delivery of three additional robots, bringing the total number of orders to 27.

The robot was deployed by the Pyrotechnic Services Police of the Czech Republic in March 2013. It is also operated by the Royal Netherlands Army.

tEODor can be equipped with chemical and radiological sensors for reconnaissance activities. The x-ray device is incorporated in the tEODor system to help detect potential hazards and suspicious objects. An integrated diagnostic system enables easy troubleshooting using a special software. The robot also uses several electrical and mechanical tools for bomb disposal operations.

The tEODor can also be mounted with recoilless weapons for disarming improvised explosive devices.

The EOD robot features a high-power manipulator arm with safety clutches to lift objects of about 100kg. Mounted on a rotating turret, the manipulator is actuated in six axes. It can reach a distance of 2.86m. The linear axis in the lower arm allows easy investigation of underneath vehicles, and simplifies arm movements along linear paths.

The tEODor system is equipped with two drive cameras, a pan/tilt/zoom overview camera, and a gripper camera to capture high resolution imagery and video in real time. It can be optionally fitted with pan/tilt/zoom night vision or infrared, stereo cameras to capture clear imagery during night operations.

“The tEODor robot system is powered by high-torque drive units.”

The bomb disposal robot is operated by a mobile operations control station installed with an inbuilt power supply. The control station features a large, 17in TFT monitor displaying overview of the area.

The imagery and gripper force are displayed on the compact control panel, which is operated separately from the control station. The control panel measures 0.44m in width, 0.35m in height, 0.31m in depth, and weighs 9kg.

The tEODor robot system is powered by high-torque drive units. The steel twin-track configuration made from steel allows the robot to traverse uneven surfaces. The running gear is fitted with sprung rollers.

The robot can reach a maximum speed of 3km/h and can climb gradients up to 45°. It has a turning circle of 1.46m and a towing capacity of 3,000N. tEODor can be deployed under all ambient conditions ranging from -20°C to +60°C. The robot can operate for up to four hours.