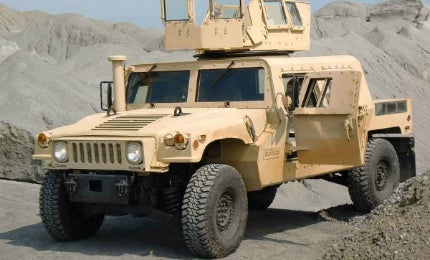 The system is also in service with COMMANDO Utility line including Baserunner four-wheeled vehicle.

SCTV was also demonstrated in October 2014 during the AUSA Exposition at the Walter E Washington Convention Centre in Washington.

FNSS Savunma Sistemleri AS, based in Ankara, Turkey, has completed the development of a new tracked armoured combat vehicle.

The vehicle features door windows that can be slide opened internally or externally. The inner crew compartment is equipped with thermal guard soft interior headliner, and smooth interior to reduce physical hazards to the crew.

The SCTV capsule also includes an external battery compartment, and a separate armoured module that isolates fuel cell from crew section. The bolt-in back wall supports the installation of a rear door.

The SCTV can be integrated on to all versions of HMMWV vehicle. It uses existing spares and systems in the inventory and the retrofit can be carried out in less time. The system can be customised as per the user requirements to make it suitable for diverse mission needs.

“The SCTV system is designed to offer a range of protection levels, unmatched on-road/off-road mobility and superior firepower.”

The vehicle roof can support the gunner protection kits and weapon systems that are currently in use.

The capsule can be equipped with Kidde fire suppression system, and Nuclear, Biological and Chemical (NBC) overpressure system. The vehicle’s components can be assembled within a short span of time, and can be transported easily by road, sea or air.

The SCTV system provides protection at par with MRAP level 1 standards and reinstates tactical mobility at very lower cost in comparison with other vehicles. The protection capabilities were proved during blast and mobility testing conducted by the USMC.

It offers lower centre of gravity compared with an up-armoured HMMWV, while protecting troops on battlefield against blast and IED threats during combat operations.