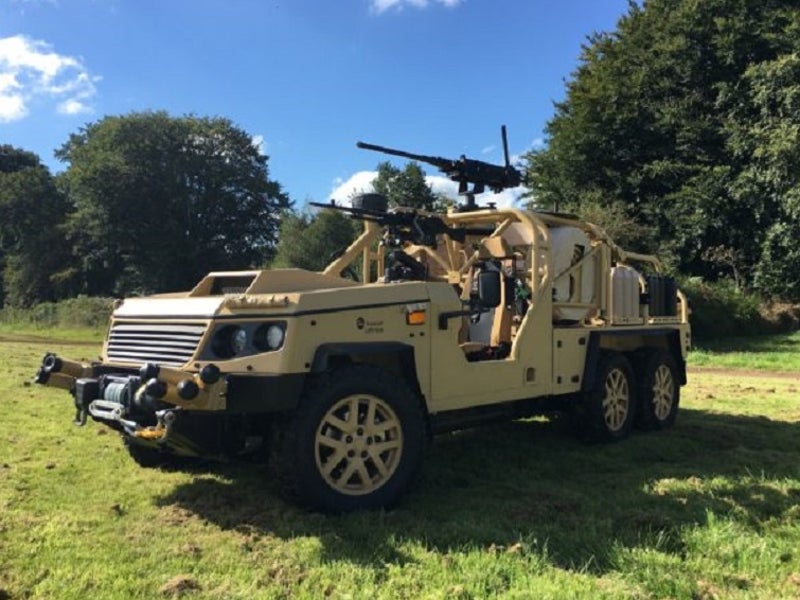 The Light Reconnaissance Vehicle (LRV) 600 is a new rapid intervention vehicle developed by Supacat to meet the challenging requirements of special forces. The vehicle was unveiled during the Defence and Security Equipment International (DSEI) exhibition in September.

The rapid intervention vehicle is intended to serve the special operations forces (SOF), border patrol, and reconnaissance and strike forces.

The Supacat LRV 600 is based on the chassis of the Land Rover Discovery. The automotive systems on the base platform have been retained and modified for military applications. The lightweight vehicle offers a unique flexibility, allowing the users to convert it into either 4×4 or 6×6 platforms according to their mission requirements.

The International Traffic in Arms Regulations (ITAR)-free vehicle is supported by Supacat’s worldwide spares network and military vehicle through life support service. The common user interface of the vehicle allows it to interoperate with the Supacat HMT family of vehicles.

The vehicle is optionally provided with a range of equipment and systems such as Hutchinson bead-lock run flats, self-recovery winch, infrared (IR) lights, on board water boiler, Pinnacle compass, canvas roof and side screens, forward and rear-facing IR cameras, detachable polycarbonate windscreen, and NATO tow hook.

The LRV 600 can be installed with a remotely controlled weapons station and weapon mounts for mounting a range of machine guns. It can be armed with the Fletcher 2.75-in laser-guided rocket launcher system to engage targets within a range of 6.5km.

The vehicle can be optionally equipped with ballistic armour and ballistic crew seats to protect the crew from ballistic threats. The optional smoke grenade launchers on the forward and rear hull of the vehicle further increase the vehicle’s survivability.

Engine and mobility of the Supacat LRV 600

The vehicle is motorised by a V6 3.0 turbo diesel engine coupled to an eight-speed automatic transmission. The engine develops a maximum power of 256bhp and a maximum torque of 600Nm. The power-to-weight ratio of the vehicle is 34kW per tonne.

“The rapid intervention vehicle is intended to serve the special operations forces (SOF), border patrol, and reconnaissance and strike forces.”

The vehicle also features a power-assisted rack and pinion steering, ventilated disc all-round brakes, and permanent four-wheel drive with centre differential lock. The wheels are fitted with 245 / 70R17 tyres and either side of the hull is hinged with a spare tyre.

The LRV 600 can negotiate a gradient of 60% and ford a depth of 750mm. The approach / departure angle of the vehicle is 40°, while the ramp over angle is 153°. The vehicle can be internally transported by military transport aircraft and helicopters, including CH-47 Chinook.