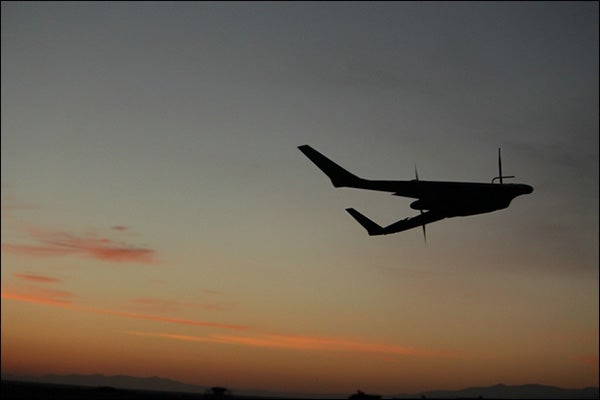 The Strix-C system was unveiled in July 2007 and received the Military Type Certificate from the Italian General Directorate of Air Armaments of Italian Ministry of Defence in June 2009.

The Strix-C mini UAS features flying wing sweepback configuration. It consists of seven main components made of composite materials, carbon fibre and fibreglass in an epoxy matrix. The aircraft has extremely low noise signature and can be carried in a compact light weight back pack.

Bayraktar is a mini UAV produced by Baykar Makina for the Turkish Armed Forces.

The UAV can be deployed within eight minutes and is capable of executing missions during day and night conditions. It can be controlled by a single operator and can be launched by a bungee catapult or by hand. It can perform autonomous take-off and landing. The maximum take-off weight of the UAV is 8.65kg.

Strix-C features aerodynamic wings with a wing span of 3m. The wings are attached with winglets to provide increased flight performance. The fuselage contains video / telemetry link in centre left compartment and salvage / landing parachute in the centre right compartment. A nose piece in polyurethane foam protects the fuselage.

Two lithium polymer battery packs, which provide power supply for the engine and onboard avionics, are incorporated in the two dedicated compartments under the wing. Power supply to the avionics and payload is provided by power electronics, which are installed behind the ventral hatch in the centre of the fuselage.

The Strix-C can carry a maximum payload weight of 1.5kg. It is equipped with two different fully stabilised, interchangeable payloads to provide enhanced situational awareness during both day and night flight operations.

The avionics onboard Strix-C are housed in the centre of the front compartment of the fuselage. The avionics include a flight autopilot with an embedded GPS system, an inertial measurement unit (IMU), and sensors.

"The flight control and ground control systems were developed by A3R-Advanced Research in partnership with Alpi Aviation."

The ground station consists of Core UAV Control Station (CUCS), which acts as the flight control interface and mission planner. It is also installed with a Control Data Terminal (CDT) to transmit and receive telemetry data and video signals between the aircraft and the CUCS. A Beacon ground support system is incorporated to enhance the aircraft’s landing performance.

The flight control and ground control systems were developed by A3R-Advanced Research in partnership with Alpi Aviation.

The Strix-C air system has an optimum cruise speed of 61km/h, while the minimum and maximum permitted speeds are 55.8km/h and 86.4km/h respectively. The UAV can climb at a rate of 2m/s and land at 16m/s, and can fly non-stop for up to 135 minutes. It operates in a line of sight range of 12.5km and in wind speeds up to 25km/h.