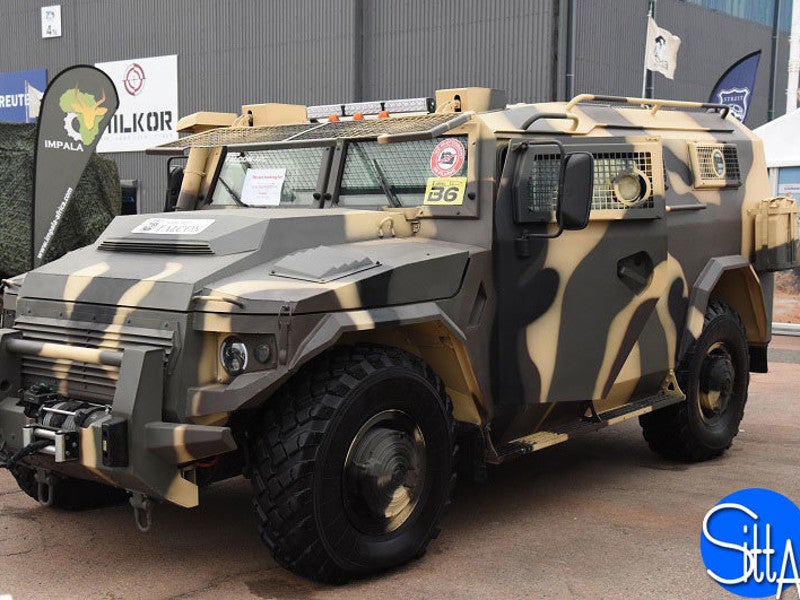 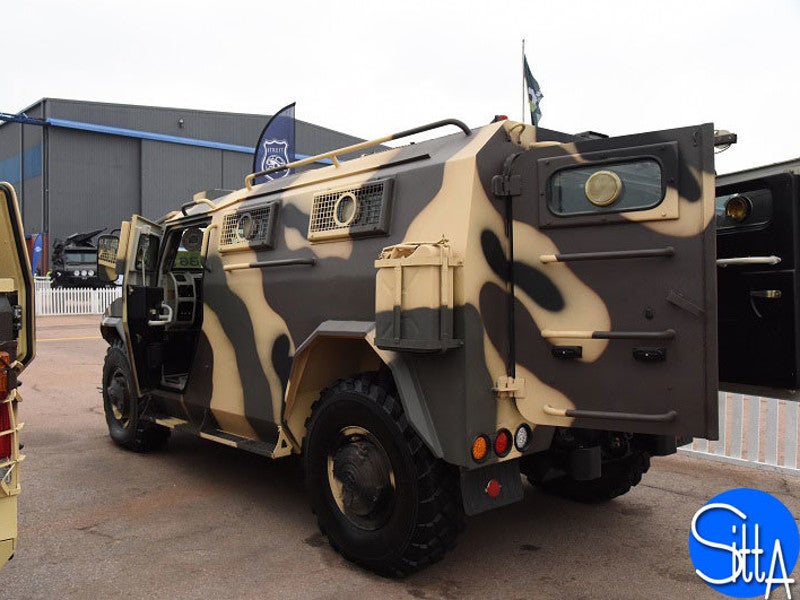 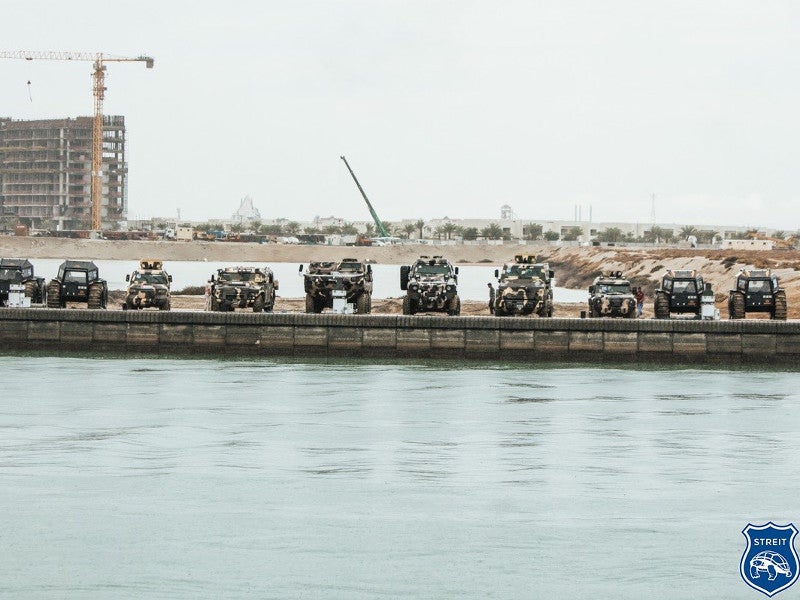 Falcon APC was on display at the Africa Aerospace and Defence (AAD) 2018. Image courtesy of Streit Group.

The modular APC was unveiled for the first time at the African Aerospace and Defence (AAD-2018) exhibition held in Pretoria, South Africa, in September 2018.

Streit Falcon is built to meet the military standards and can be deployed in peace-keeping, medical evacuation, fully-protected armoured rescue and assault operations, as well as counter terrorism, border patrol, and convoy escort operations.

Based on a strong chassis, the hull of Streit Falcon APC is constructed using new-generation protection material for providing a high level of protection to the personnel onboard.

The front and rear hull of the armoured personnel carrier features heavy-duty ram bumpers, which are designed to provide resistance in the event of an impact. Its windshield and windows are covered with anti-riot protection mesh.

Streit Falcon features heavy-duty doors, external handrails, and a spare wheel fitted at the rear. The mission-capable vehicle can be integrated with run-flat inserts on all wheels including the spare wheel.

The modular vehicle offers various seating configurations and can accommodate up to nine personnel. The base variant accommodates two crew members and seven passengers. The vehicle can be configured with medical equipment and systems to serve as a battlefield ambulance.

The armoured vehicle is installed with a night vision high-speed camera and surveillance cameras as well as a fully-integrated intercom system to perform un-interrupted tactical and surveillance operations.

The Falcon APC can be armed with a 7.62mm or a 12.7mm heavy machine gun. Multiple gun ports allow the personnel to fire their individual weapons from inside the vehicle. The vehicle has a provision to carry an assault ladder system and can also be fitted with a number of gun mounts at various locations.

The armoured vehicle can accommodate either a rocket launcher system or an automatic smoke grenade launcher system on its rooftop. It can also be mounted with remotely-controlled weapon station.

Streit Falcon armoured personnel carrier is powered by a turbocharged, inline six-cylinder diesel engine, which has a maximum output of 385hp at 2,800rpm. The maximum torque generated by the engine is 930lb-ft at 1,700rpm.

The 6.7l Cummins ISB engine is coupled to an Allison-3000 Automatic transmission system. It receives fuel from two ballistic protected fuel tanks having a combined capacity of 68l.

The vehicle is equipped with selectable 4×4 wheel drive configuration. Its advanced suspension system ensures a comfortable ride for the crew and passengers when travelling on rugged terrains. The armoured vehicle can attain a maximum speed of 140km/h.