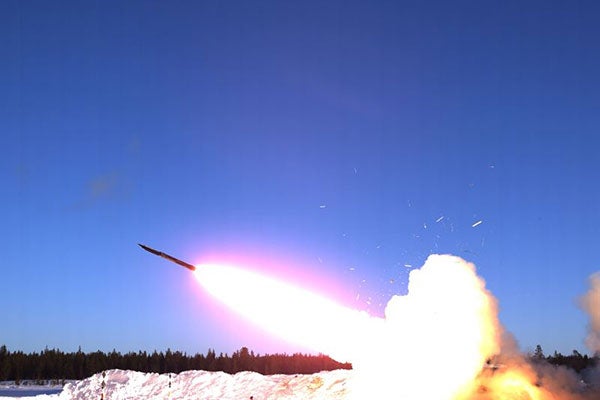 The Ground-Launched Small Diameter Bomb (GLSDB) is a long-range, all-aspect, precision-attack, ground-launched weapon developed by Saab in partnership with Boeing to address the emerging needs of armed forces.

The GLSDB combines capabilities of the SDB I air-launched weapon and the M26 ground-based rocket motor. Designed for launch from the ground artillery system, the GLSDB provides land forces with the ability to engage a range of targets in complex operating environments.

The LIMAWS(R) was being developed to provide the Royal Artillery’s fire support to the UK Army’s light and rapid reaction forces.

The LSDB was launched in March 2015, and exhibited for the first time during the DSEI 2015 defence and security exhibition held in London in September 2015.

Development of the small diameter bomb

Saab and Boeing signed a teaming agreement in August 2014 to develop the GLSDB by integrating Boeing’s GBU-39B SDB I bomb and M26 rocket motor of the M270A multiple launch rocket system (MLRS) manufactured by Lockheed Martin and Diehl BGT Defence.

The SDB I, originally designed for launch from an aircraft, was converted into a ground-launched artillery rocket with the same performance characteristics. The ground-launched SDB and the rocket motor in the ground artillery system are connected using an inter-stage adapter.

The multiple launch rocket system has two rocket pods and can load up to six rockets according to pod.

Saab and Boeing conducted a series of live-fire tests of the GLSDB, using the rocket motor provided by Nammo in Vidsel, Sweden, in February 2015.

Design and features of GLSDB

The GLSDB offers high-lethality, increased range and high-manoeuvrability. It has the ability to defeat soft and hard skin threats, targets behind the launcher, as well as hard-to-reach targets.

The GLSDB has a length of 154in, diameter of 9.5in and weighs approximately 600lb. It has terrain avoidance, cave breaching and reverse slope engagement capabilities.

The bomb can be launched from hidden or protected rocket-launching sites to avoid detection by the enemy forces, engage targets in 360° and is accurate to strike targets within 1m.

“It has the ability to hit moving targets under all weather conditions both during the day and at night, with low collateral damage.”

The GLSDB is equipped with an ultra-low fragmentation, carbon fibre case warhead with 57.6kg Insensitive Munition-certified explosive fill. The warhead case assembly is made of carbon fibre materials and is integrated with conical steel nose.

The GLSDB can reach a range of up to 150km. It has the ability to hit moving targets under all weather conditions both during the day and at night, with low collateral damage.