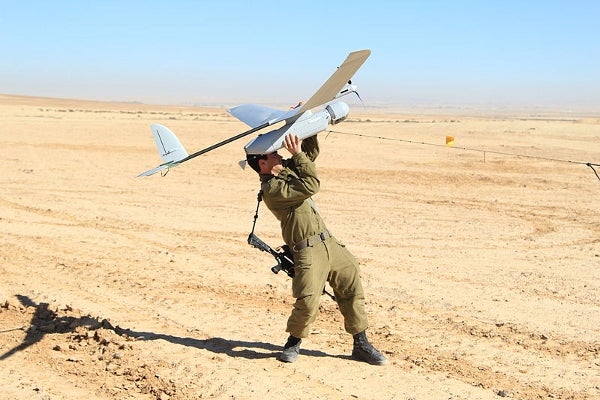 Skylark I LE, a small unmanned aircraft system (SUAS) designed and built by Elbit Systems, is in service with the infantry battalions of the Israel Defense Forces (IDF) ground forces. The UAS, which entered into service in 2004, is also in service with more than 20 armed forces worldwide, including Australia and France. The drone was successfully deployed to assist warfighters in combat operations in Iraq and Afghanistan.

The UAS is designed to deliver high performance capabilities for military homeland security and civil applications, and can be deployed to conduct a variety of missions such as force protection, intelligence, border surveillance, reconnaissance, search and rescue, fire fighting, disaster control, and monitoring of ports, slums, agricultural, traffic, forest and coastal areas.

Elbit Systems of America, a subsidiary of Elbit Systems, signed a contract option with the US Army ACC-APG, Natick Contracting Division in January 2013 to provide Skylark I LE SUAS for its future requirements.

The UAS was also test flown with Dominator command and control unit in June 2011. It performed emergency first response and fire fighting operations using Image Intelligence’s (Imint) Vidview and Vidhance software during a test flight in Sweden in October 2013. The software is used to establish user interface between the Skylark ground control station and the drone. The tests were conducted as part of a joint research and development project of Elbit Systems’ UAS division and Imint.

The Skylark I LE SUAS is an improved version of Skylark I system and features increased operational range and endurance. The new version is capable of executing missions at high altitudes under various environmental and weather conditions including gusting winds. The system is easy to operate and runway independent.

The Skylark I LE has a wing span of 2m and weighs 5.4kg, while its take-off weight is between 7kg and 7.5kg. The mini unmanned system can be launched by sling or hand and landed automatically, and can be controlled by two operators. An airborne airbag system is used for point recovery of the UAS.

The man-portable drone can be carried in rucksack and is equipped with air relay and hot swap capabilities. It can be operated in fly by camera mode too. The Skylark I LE can be integrated with user command, control, communications, computers, and intelligence (C4I).

Payloads attached to Skylark I LE

The Skylark I LE UAS is equipped with a gimbaled and gyroscopic stabilised payload to provide high resolution imagery and videos in real time. It allows auto-tracking and detection of fixed and moving targets during day and night. An advanced digital data link and remote video terminals are fitted to transmit the real time imagery to the mini ground control station.

The Skylark I LE air vehicle is controlled by a lightweight forward ground control station (FGCS), which consists of a computer, tactical hand-held display, operator stick and an active Skylark Rambo transducer, and can also be fitted with an eyepiece.

"The tactical Skylark I LE UAS is powered by a low-noise electrical engine."

The tactical Skylark I LE UAS is powered by a low-noise electrical engine. The propulsion system also consists of rechargeable batteries. The air vehicle can carry a maximum payload of 1.2kg and can operate at a service ceiling of 15,000ft.

The drone can fly at a speed ranging from 40km/h to 100km/h, and has a range between 20km and 40km. It is capable of performing operations continuously for up to three hours under any light conditions.

The Skylark I LE Block II is an improved version of the basic Skylark I LE unmanned air system designed by Elbit Systems of America, for the US Army. It was demonstrated at the Association for Unmanned Vehicle Systems International’s (AUVSI’s) Unmanned Systems North America 2012 in Nevada.

The US version features improved engine, and increased flexibility and thrust-to-weight ratio. It is equipped with a new dual sensor electro optic/ infrared (EO / IR) payload comprising of a laser marker and additional onboard processing systems. The drone is also fitted with an open system data link.