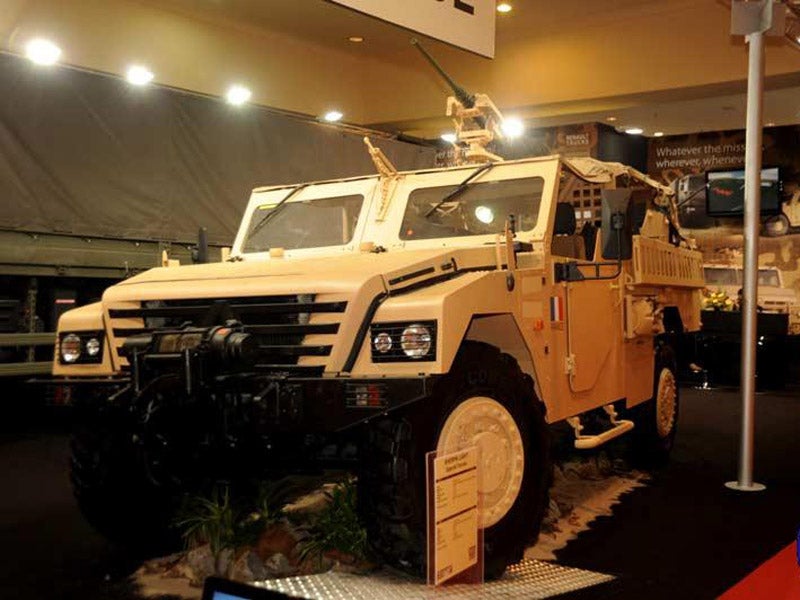 The Sherpa Light Special Forces vehicle is a 4×4 all-terrain light attack vehicle (LTV) designed to serve the mission needs of the special forces units. It is one of the Sherpa Light family of 4×4 tactical and light armoured vehicles designed and manufactured by French firm Renault Trucks Defense (RTD).

RTD received a contract from the French defence procurement agency, Direction Generale de l’Armament (DGA) for production and delivery of 241 light patrol vehicles along with 202 heavy vehicles, intelligence and communication equipment for Special Forces of France in December 2015. Deliveries of the first batch of light vehicles will commence in 2018.

The vehicles are expected to replace Panhard VPS and ACMAT light tactical vehicles, which are currently in service with the France’s Special Forces.

The Sherpa Light Special Forces vehicle is 6.3m-long, 2.4m-wide and 2.2m-high, and has a wheel base of 4.1m. It features open-topped armoured hull design and is air transportable by A400M and C-130 transport aircraft.

The vehicle is manned by five crew members and is outfitted with two lateral doors and one rear door. The armoured cab features a folding windscreen.

With a gross vehicle weight (GVW) of 10.4t, the vehicle can be optionally installed with a variety of equipment such as protection kits, ammunition, spare parts, bull bar, retractable electric winch, and special equipment. The standard equipment includes air conditioning and heating systems.

The light tactical vehicle can be armed with 7.62mm / 12.7mm machine guns on a ring mount, offering 360° fire power against lightly armoured targets. The roof of the vehicle can be fitted with a pintle mount with a 20mm gun, built by Nexter Systems, for self-protection and neutralisation of threats.

The Sherpa Light Special Forces vehicle can also carry a missile-launcher for anti-tank and anti-aircraft missiles.

The vehicle is propelled by a four-cylinder Renault MD5 diesel engine, which generates a power of 215/265hp and develops a thrust of 800Nm at 1,200-1,700rpm. Designed to meet Euro 3/5 standard, the engine is coupled to an automatic gearbox, with six forward and one rear gear. The electrical power is generated by either a 100A or 310A alternator.

The light tactical vehicle has a fuel carrying capacity of 170l and can travel at a maximum speed of 110km/h and to a maximum range of 800km. It can cross vertical obstacles of 0.5m and trenches of 0.6m, and can ford at 0.75m. It can climb grades of 100%, negotiate side slopes of 40% and has high approach and departure angles.

With a ground clearance of 0.6m, the vehicle can traverse through off-road surfaces.