The Puma family of vehicles were developed for the Italian Army to complement the fleet of Centauro Tank Destroyer vehicles.

The Puma 4x4 wheeled armoured fighting vehicle carries 6 troops plus driver and has a combat weight of 5.7t 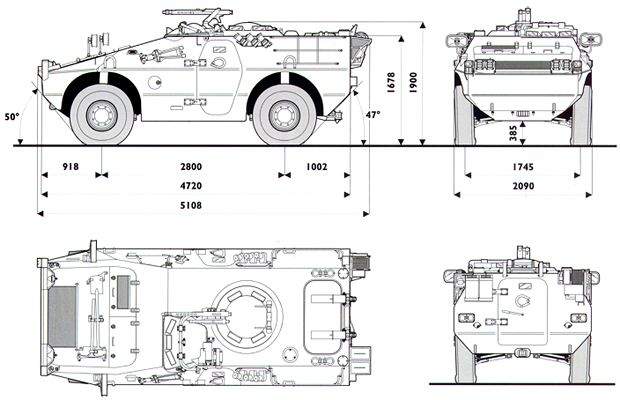 The Puma 6x6 carries 8 troops plus driver and has a combat weight of 7.5t. 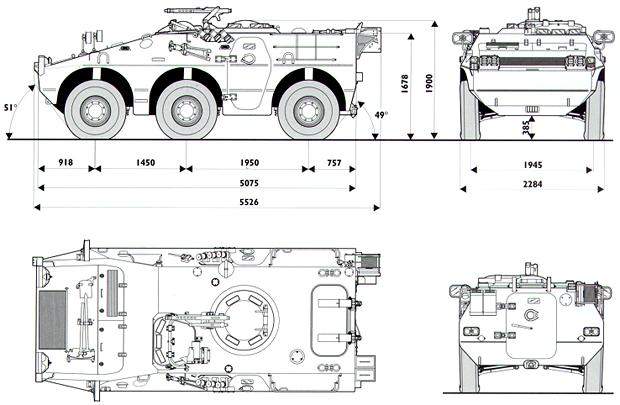 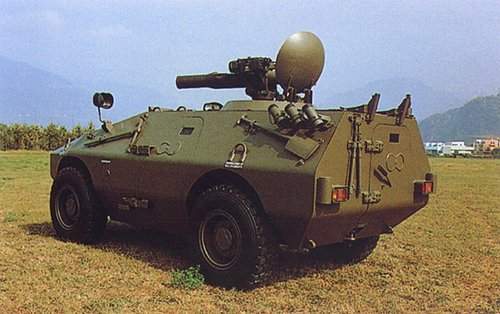 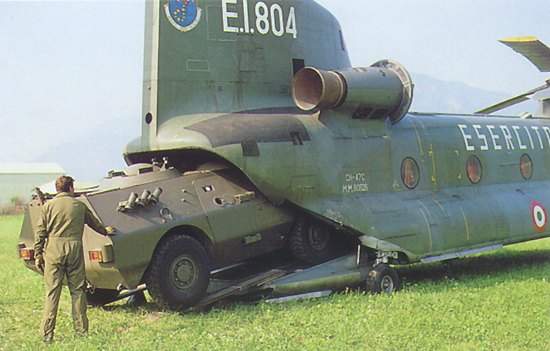 The vehicle is air and sea transportable, here it is being loaded onto a Chinook helicopter.

The Puma Armoured Fighting Vehicles are a family of light wheeled armoured vehicles developed in a 4×4 and 6×6 configuration by the Consorzio Iveco Fiat – Oto Melara based in Rome.

The Puma family of vehicles were developed for the Italian Army to complement the fleet of Centauro Tank Destroyer vehicles also developed by Consorzio Iveco Fiat – Oto Melara.

Iveco Fiat were awarded a contract by the Italian Army for the development of Puma platforms carrying missiles, a mortar carrier, an ambulance and a command post vehicle. The development of the Puma was extended to provide a complete family of light wheeled armoured fighting vehicles, suitable for combat and combat support roles.

The hulls for the different versions of the Puma vehicles are customised to meet the specific mission requirements, while the mechanical systems, with minor differences in the transfer casing, are common to the family of vehicles.

At the end of 1999, the Italian Army ordered 580 Puma vehicles, 250 of the 6×6 configuration, and 330 4×4 vehicles. First vehicles were completed in mid-2003. Puma was first deployed in southern Iraq in early 2005. The Argentine Army also uses two Puma vehicles for training purposes.

The combat vehicles can be armed with the Raytheon TOW anti-tank missile, the missile launcher being mounted on the roof of the vehicle. The TOW missile is a wire-guided, optically tracked missile with a maximum range of 3.75km. MBDA Milan anti-tank guided missile and Mistral surface-to-air missile can also be fitted to the vehicle.

The Puma combat vehicle can also be equipped with a 7.62mm or 12.7mm machine gun.

In 2007, the Italian Army placed an order with Oto Melara to supply 19 Hitrole 12.7mm remote-controlled machine gun turrets for its Puma fleet.

The all welded steel armour hull with the engine at the front provides protection against small arms ammunition and shell fragments. The hull sides are shaped from single pieces of steel armour instead of welded sections. The crew are protected against nuclear, chemical and biological warfare by an NBC protection system integrated into the air conditioning system. The engine compartment is fitted with a fire detection and extinguishing system.

An electrically operated three barrel smoke grenade launcher is fitted on either side of the hull on both the 4×4 and 6×6 variants to provide protection against visual and infrared targeting systems.

The driver’s station is on the left hand side of the vehicle. The driver has three periscopic sights. The centre periscope is a passive night vision periscope.

The commander’s cupola in the centre of the vehicle is equipped with five periscopic sights which give 360° vision. A 7.62mm or 12.7mm machine gun can be installed on the cupola.

The engine compartment is at the front of the vehicle. The four cylinder turbo-charged aftercooled diesel engine is one of a family of engines manufactured by Iveco and provides an output power of 132kW with 500Nm torque.

The automatic transmission, manufactured under licence from Renk of Ausburg in Germany, has five forward gears and one reverse gear. The suspension is independent with identical components on each wheel. The hydropneumatic struts are supplied by Messier based in Velizy, France. The power assisted steering is on the front axle of the 4×4 vehicle and on the first and second axle of the 6×6 vehicle. Each wheel is fitted with disc brakes.

The vehicle has a maximum road speed over 100km/h. The maximum gradient is 60%, side slope 30% and the vehicle has a fording depth of 1m. The turning radius is 6m on the 4×4 vehicle and 7.5m on the 6×6 vehicle. The vehicle is air and sea transportable.