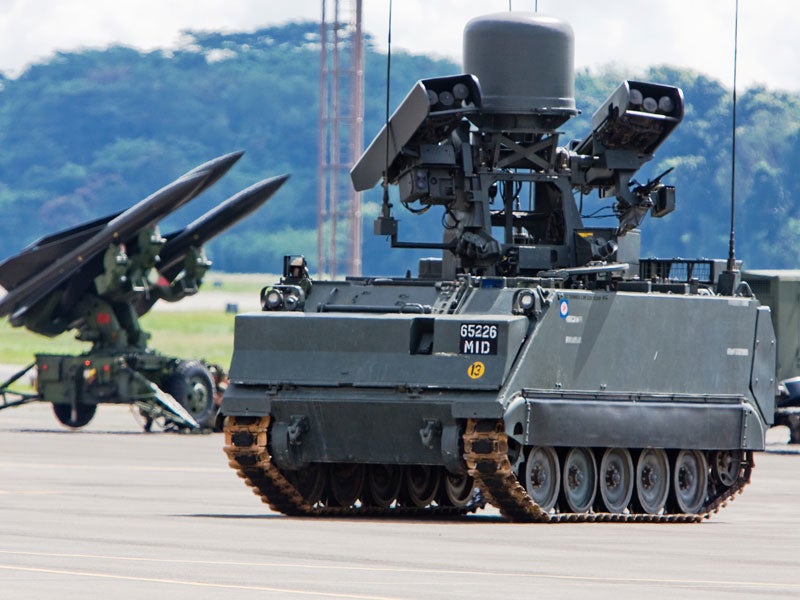 The Singapore Armed Forces’ (SAF) next-generation armoured fighting vehicle (AFV) was unveiled in June 2016. It is being developed by Singapore’s Defence, Science and Technology Agency in collaboration with ST Engineering and the SAF.

Development on the next-generation AFV is yet to be designated and began in 2006, while its service entry is planned for 2019.

The new AVF is expected to replace the Singapore Army’s ageing M113 Ultra armoured vehicle and will strengthen the capabilities of armoured and motorised forces in lethality, protection, manoeuvrability and situational awareness.

Design and features of the next-generation AFV

The next-generation AFV is based on tracked chassis and features closed-hatch design, where all crewmen are placed inside the vehicle with the hatches closed. The vehicle has a length of 6.9m, width of 3.28m, height of 3.2m, and weight of 29t.

The vehicle will be run by a crew of three, driver, commander and gunner. The driver’s seat is positioned at the front, whereas the gunner and commander are seated in the middle section.

The troop compartment is situated at the rear and can accommodate up to eight fully equipped dismounted soldiers.

The armoured fighting vehicle comes with a remotely operated weapons system to achieve increased firepower against threats. The turret can be armed with a bigger calibre automatic cannon or a 7.62mm NATO-calibre coaxial machine gun.

The vehicle’s armour will offer a high level of protection for the crew and troops against small arms fire. Four smoke grenade launchers are fitted on both sides of the turret to provide self-defence against enemy surveillance and guidance systems.

A digitised fire control system aboard the tracked AFV is designed to execute fire control functions automatically. It also provides increased weapon accuracy while on the move.

"Development on the next-generation AFV is yet to be designated and began in 2006, while its service entry is planned for 2019."

The gunner’s periscope, consisting of a stabilised sighting system, a day and thermal camera unit and a laser rangefinder, improves the firing efficiency in both day and night conditions.

The commander’s panoramic sight can operate independently from the turret in 360° and provides the commander with high aiming accuracy, situational awareness and target acquisition capabilities.

All fire control information is displayed on the digital displays located inside the vehicle.

A camera unit mounted on the top of the engine room provides the driver with an unobstructed view through 180°, whereas the rear-mounted cameras provide the driver with a clear view of the sides of the vehicle.

The vehicle incorporates networked communication systems to facilitate both voice and data transmission between the on-board personnel. The systems also allow the vehicle crew to communicate with other mechanised units deployed in the battlefield through the Singapore’s Army Battlefield Internet (ABI).

The next-generation AFV’s engine, having a power to weight ratio of 24.5hp/t, offers increased manoeuvrability and high performance.

The combat vehicle can travel at a maximum speed of 70km/h and has an operating range of 500km. It can climb 0.6m-high vertical obstacles and cross up to 2.1m-deep trenches. The vehicle can climb a maximum front slope of 60%.