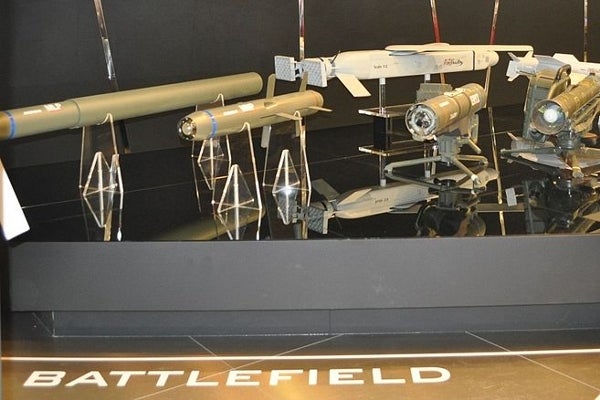 The entire MMP development programme is funded by MBDA. The weapon system was qualified by the French Direction Générale de l’Armement (DGA) in July 2017.

The MMP is a lightweight man-portable missile that can be installed on tracked and wheeled vehicles. It offers enhanced preciseness and considerable automation in striking targets, and is capable of destroying both stationary and moving targets with minimum collateral damage.

Sagem was selected for the development and production of firing post and infrared seeker for the MMP in June 2010.

In December 2011, the DGA awarded a risk reduction contract to MBDA. The contract is to confirm the technical options behind the critical equipment involved in the missile,  as well as its firing post.

“The MMP is a lightweight man-portable missile that can be installed on tracked and wheeled vehicles.”

MBDA began the MMP integration trials for the French Army under the risk-reduction contract in June 2013. Nexter began studies for the integration of MMP on the CT-40 canon turret, in 2013.

Saab Bofors Dynamics Switzerland (SBDS) was awarded a contract by MBDA for manufacturing warheads for the MMP missile in July 2015.

The capability of the MMP’s warhead to strike against a new generation of explosive reactive armour was also tested by MBDA. The company has also validated MMP’s firing post ergonomics and architecture.

The missile underwent techno-operational trials at the DGA’s test centre in Bourges between August 2017 and October 2017. The French Armed Forces took delivery of the initial batch of 50 MMPs and 20 firing ports in November 2017. Commissioning of the missiles is scheduled for 2018.

The MMP programme is anticipated to deliver up to 1,750 missiles and 400 firing posts to the French Armed Forces, by 2025.

The weapon is also being offered to the Australia’s LAND 400 programme.

Warhead and design features of MMP

The MMP weapon is equipped with rapid reaction capability to respond quickly. It is capable of destroying new generation main battle tanks (MBTs).

The MMP missile is network centric warfare (NCW)-compatible. The fire-and-forget mode of the missile will help to reduce fire-control burden. The man controlling the loop and lock-on after launch (LOAL) modes improves the precision strike capability of the missile, which can even be fired from inside a building. The firing sequence of the MMP is rapidly repeatable.

” The fire and forget mode of the missile will help to reduce fire-control burden.”

The MMP is installed with a multi-purpose tandem warhead which can penetrate 1,000mm of rolled homogeneous armour (RHA) and 2,000mm of concrete.

The MMP comes with a completely digitalised firing unit. The firing unit is fitted with a latest generation Band 2 infrared (IR), a day camera and laser range finder. It is also equipped with a GPS and magnetic compass for direction and guidance.

The firing unit weighs approximately 11kg (including tripod and battery). It works as an autonomous unit when installed with a battery, but can be connected to an external power source if required.

The MMP is installed with a dual-mode seeker (infrared and optical) to guide it towards the target. The missile is fitted with micro electro mechanical systems (MEMS) and an inertial measurement unit (IMU) for calculating and reporting its velocity and direction.

The laser range finder aboard the missile allows precise determination of the target’s distance. . The missile is controlled by using the real-time data link.

The MMP is powered by a two-stage propulsion system.