It can be used for on-road and off-road transportation of heavy loads including ammunition, bulk / break-bulk / palletized cargo, fuel, water and heavy equipment.

The cargo variant of LVSR was fielded in August 2009 and initial operational capability was achieved in September. Full-rate production of the cargo variant was approved in December 2009.

In June 2006, the USMC placed a $740.2m Low Rate Initial Production (LRIP) contract with Oshkosh Defense for 1,592 vehicles over six-years. In February 2010, Oshkosh received an additional order for an existing $158m contract from US Marine Corps Systems Command for more than 400 LVSR vehicles.

“LVSR is produced in three variants – cargo, wrecker and tractor.”

In December 2010, the company signed a $50m contract with the marine corps to supply 100 LVSR Cargo variants and 120 enhanced protection kits.

LVSR is produced in three variants – cargo, wrecker and tractor.

The LVSR MKR 18 cargo vehicle is capable of transporting a payload of 22.5t on-road or 16.5t off-road. It is fitted with an integrated self loading system for cargo loading and unloading.

The LVSR MKR 15 wrecker is a high mobility vehicle. It can reach vehicles located on any terrain and can retrieve them even if they are stuck in mud, sand, water or snow. It is capable of flat towing a 49,895kg vehicle and lift towing a 43,545kg vehicle. It can recover HMMWV series, FMTV series, 5t M809 and M939 series, LVS series, MTVR series, MRAP series and LVSR series vehicles.

The LVSR MKR 16 tractor can haul semi-trailers, heavy engineering equipment and combat vehicles. It is fitted with a self-recovery winch to lift 27,216kg of equipment onto the trailer.

“LVSR is powered by a Caterpillar diesel engine coupled to an Allison 7-speed transmission.”

The vehicle is designed to operate in extreme temperatures ranging from -50°F (with Arctic Kit) to +125°F.

A range of kits including an add-on armour kit, a weapons mount, MCTAGS, a run-flat kit, an Arctic kit and a communications installation kit are provided.

The command zone integrated control and diagnostics system enables the crew to monitor the engine, transmission, brakes, central tire inflation system and other critical components from inside the cabin.

Shock absorbing seats are fitted for crew safety. The armour protection provided on the cab floor can withstand a mine blast. The factory-installed add-on armour ‘B’ kit will include armoured doors, blast-proof windshields and armour panels to enhance protection levels against improvised explosive devices and small arms fire.

LVSR is powered by a Caterpillar diesel engine coupled to an Allison 7-speed automatic transmission. The engine produces a power output of 600hp.

LVSR is transportable by amphibious and commercial ships, rail and C-5A and C-17 aircraft. It is equipped with two front and two back steerable axles. This arrangement reduces the turning radius to 83ft and facilitates the vehicles easy storage aboard ship.

The TAK-4 independent suspension system allows each wheel to move up and down independently in response to uneven surfaces. It reduces strain on the axle and maintains the vehicle level on rough terrain.

The vehicle features 16R20 single radial tires and a central tire inflation system. All variants are equipped with tie down and lifting tools. A pintle hook is provided for towing the selected trailers of up to 53,000lb of gross trailer weight. 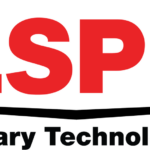 MILSPRAY
MILSPRAY is a leading provider of products, systems, and services...