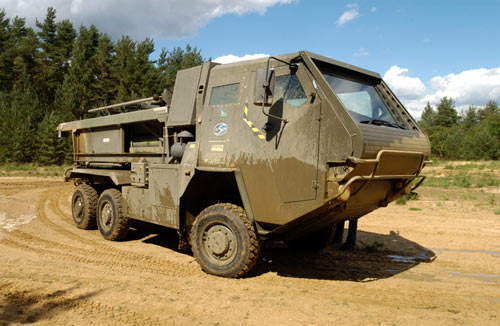 The LIMAWS(R) system, was to provide the Royal Artillery's fire support to the British Army light and rapid reaction forces. 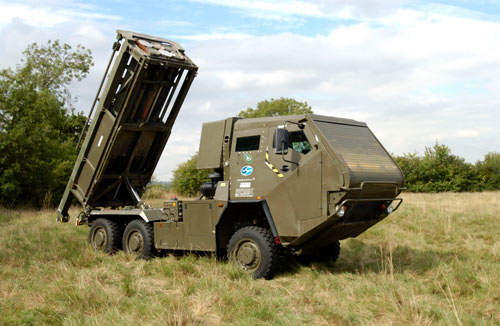 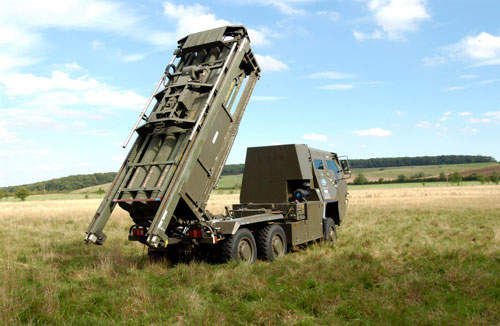 LIMAWS(R) is fitted with a new lightweight launcher which is pivoted at the rear of the vehicle chassis. 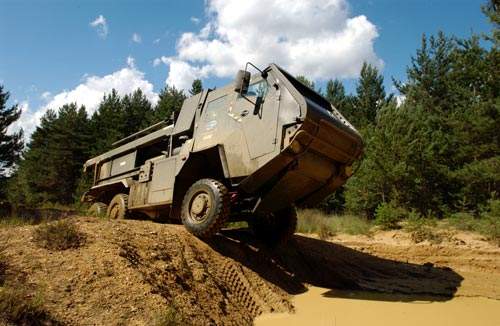 The LIMAWS(R) vehicle is based on a 6x4 six-wheeled four wheel drive Supacat chassis. 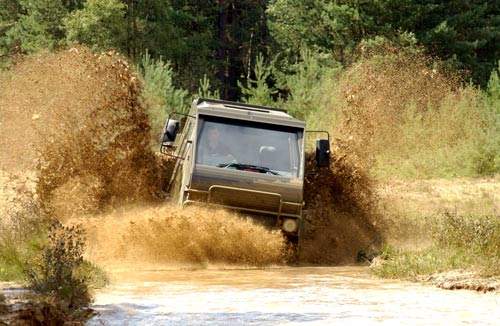 Trials of LIMAWS(R) during the assessment phase demonstrated the vehicle's mobility across country and its fording capabilities. 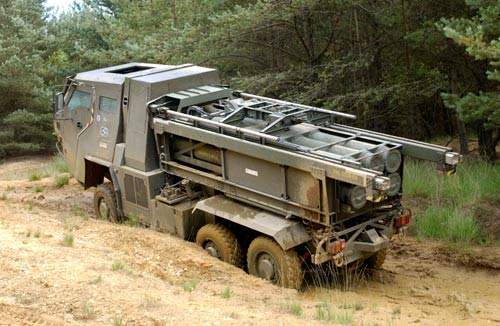 LIMAWS(R) can launch six precision GPS-guided GMLRS rockets to a range of more than 60km. 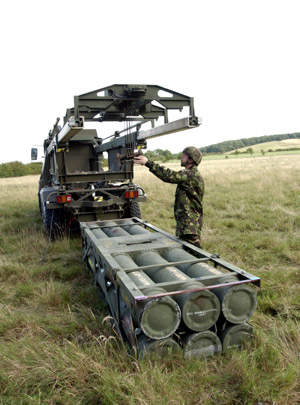 LIMAWS(R) has a hydraulically powered elevation system and a boom reloading system.

The LIMAWS(R) (lightweight mobile artillery weapon system – rocket) was being developed to provide the Royal Artillery’s fire support to the British Army’s light and rapid reaction forces. Fire support to heavy forces is provided by heavier systems such as the 25t multiple-launch rocket system (MLRS).

A date for MoD main gate approval had not been announced but was expected in 2008. However in May 2008, the UK Ministry of Defence announced the cancellation of the LIMAWS(R) programme. Instead an additional 12 MLRS M70A1 launchers are to be upgraded to the B1 standard.

At approximately 9t the LIMAWS(R) is light enough for two systems to be carried by a C-130J Hercules transport aircraft or one system carried underslung from a CH-47 Chinook helicopter. It has the power to launch precision GPS-guided rockets to a range of more than 60km.

LIMAWS(R) can be driven over a range of 500km. The system’s portability means it can access difficult forward areas very quickly to provide high-volume precision fire support to ground forces.

The LIMAWS programme was launched for two separate indirect fire systems, the LIMAWS gun (LIMAWS-G) and the LIMAWS rocket (LIMAWS(R)). The LIMAWS-G programme to provide close and deep-fire support for light and medium forces was cancelled in September 2007.

In 2001, contracts for two separate 11-month risk-reduction and simulation contracts for a conceptual study of lightweight rocket launchers were awarded to BAE Systems and Hunting Engineering. Hunting Engineering became INSYS Ltd in 2001 and part of the Lockheed Martin UK group in 2005. The studies included mobility, portability and stability in action.

In 2002 the UK MoD selected INSYS for the assessment phase contract for the LIMAWS(R) which was completed in 2005. The assessment phase included the design, build and trial of a systems demonstrator and a series of technology demonstration trials including testing with the Royal Marines Amphibious trials unit.

The trials included live firing trials, mobility across country, fording and air transportability and compatibility with the Chinook and Hercules. The firing trials were carried out at the QinetiQ Royal Artillery (Hebrides) missile range.

“The LIMAWS(R) will provide the Royal Artillery’s fire support to the British Army’s light and rapid reaction forces.”

The chassis selected for the LIMAWS(R) is a 6×4 Supacat chassis. Supacat builds 6×6 and 4×4 vehicles under license from HMT Vehicles Limited, a wholly owned subsidiary of Lockheed Martin.

The LIMAWS(R) 6×4 chassis design is a modified and lightened version of the 6×6 chassis and levers technology from the HMT designs. The four-wheel drive is on the first two axles. The 6×4 chassis provides significant weight saving compared to a 6×6 chassis but reduced cross country mobility.

The vehicle is designed and built with four lifting points so it can be carried underslung by a Chinook CH-47 helicopter. The total vehicle weight, including a 2.3t rocket pod, is approximately 9t.

The cab is air conditioned, fitted with a CAFU (chemical air filtration unit) system and accommodates three crew and their battlefield kit. The cab is fitted with armoured glazing and internal flash blinds, which are lowered before firing. The vehicle has fixing mounts for appliqué armour.

The vehicle is fitted with a four-cylinder diesel engine supplied by Cummins and has automatic transmission.

LIMAWS(R) is fitted with a computerised fire control system supplied by Lockheed Martin Missile and Fire Control Systems and which is of proven design and is also installed on HIMARS vehicles and on the tracked version of MLRS.

“LIMAWS(R) is fitted with a new lightweight launcher.”

LIMAWS(R) is fitted with a new lightweight launcher. The launcher is pivoted at the rear of the vehicle chassis. The elevation system is hydraulically powered. There is no traverse turntable as in MLRS but the boom reloading system is of similar design. In a typical firing mission, the target data is transmitted to LIMAWS(R) from a battlefield command post.

The LIMAWS(R) vehicles will each carry six rockets. These can be fitted with different warheads depending on the target.

The weapon will fire Lockheed Martin GPS-guided GMLRS rounds which are already in service on the MLRS systems deployed by the Royal Artillery. The GPS-guided GMLRS rounds are manufactured by Lockheed Martin, MBDA (UK), Diehl (Germany) and FiatAvio (Italy). The GMLRS rocket is equipped with an inertial guidance and global positioning system and is fitted with small canards on the rocket nose.

LIMAWS (R) is also capable of firing the long-range guided missile army tactical missile system (ATACMS) which has not been purchased by the UK. The ATACMS family of missiles includes the block 1, block 1A and block 1A Unitary missiles.