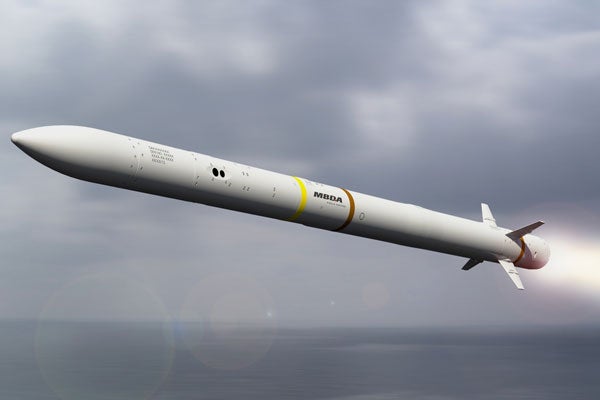 The land variant of the future local area air defence system (FLAADS land) is being developed by MBDA for the ground-based operations of the British Army.

The next-generation surface-to-air defence missile system is expected to enter into service with the British Army in 2016. It can be deployed against a variety of targets including helicopters, aircraft, unmanned aerial vehicles (UAVs), fast jets and cruise missiles.

The advanced ground-based missile system is expected to replace the Rapier ground based air defence system which has been in service with the British Army since 1996.

Development of the FLAADS land system

The land variant of the air defence missile system is being developed as part of the FLAADS programme, which is aimed at developing a common air defence system solution for the future maritime, land and air-based operations.

The FLAADS land air defence missile system will use a land variant of the medium-range, supersonic Common Anti-Air Modular Missile (CAMM) and a weapon command-and-control system. The missile system can be operated as either a standalone unit or integrated within a battle space network.

The modular and compact design of the missile system allows for operations in all weather conditions. The system will require minimum logistics support and maintenance.

The CAMM will employ soft vertical launch technology and can be easily deployed. It will be able to engage multiple targets simultaneously with a high rate of fire and provide high performance with a minimum launch signature.

The lightweight air defence missile will have a length of 3.2m and a diameter of 160cm. It will travel at speeds up to Mach 3, while the range will be more than 25km. The missile will weighs 99kg and be equipped with a directed fragmentation warhead. Multiple CAMM missiles can be transported by conventional wheeled vehicles.

The air defence missile will provide a full 360° defence capability and can be used with any 2D or 3D surveillance sensor systems for targeting. An all-weather active radio frequency (RF) radar homing seeker will provide guidance for the missile, while alternative guidance will be provided by an imaging infra-red radar system. The missile will also be equipped with a two-way data link.

"The modular and compact design of the missile system allows for operations in all weather conditions."

The missile can be operated using third party targeting in the battle space network to engage targets in the non line-of-sight from the launcher.

The FLAADS land programme is being delivered as part of the portfolio management agreement (PMA) signed between the MoD and MBDA in March 2010. Under the PMA, MBDA will manage the portfolio of Complex Weapon systems for the MoD for 10 years.

MBDA will transform the complex weapons of the UK’s defence forces through a portfolio of projects with up to £4bn over ten years. The agreement is expected to bring in efficiencies worth £1.2bn to the MoD.

The MoD and MBDA signed the initial contract worth £330m in 2010, as part of which MBDA agreed to provide Fire Shadow Loitering Munition (LM) for the British Army and Selective Precision Effects At Range (SPEAR) Capability 2, Block 1 for the Royal Air Force.

This project forms part of our recent analysis and forecasts of the global Missiles & Missile Defence Systems market available from our business information platform Strategic Defence Intelligence. For more information click here or contact us: EMEA: +44 20 7936 6783; Americas: +1 415 439 4914; Asia Pacific: +61 2 9947 9709 or via email.