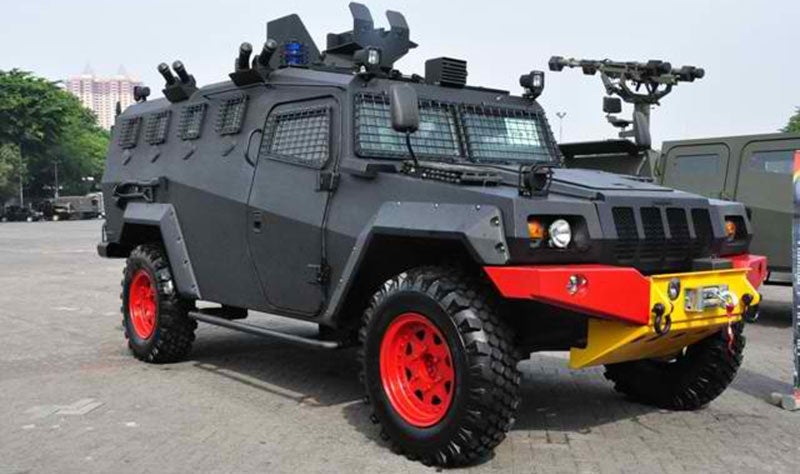 Development of the tactical vehicle

PT Pindad began the development of the Komodo tactical vehicle in November 2011. The vehicle was introduced during the Ritech Expo 2012 held in Bandung, Indonesia, and the line-up took part in the IndoDefence 2012 exhibition in Jakarta, Indonesia.

PT Pindad signed a memorandum of understanding (MoU) with PT LEN Industri to collaborate on the development of communications systems for the Komodo vehicles in October 2015.

The Komodo vehicle features an armoured steel hull and offers superior manoeuvrability. It can accommodate up to five personnel.

The rocket launcher, reconnaissance and cannon towing variants are equipped with a four-door double-cab, which can accommodate up to five personnel, while the other variants are provided with a two-door regular cab. The cab features two-piece windshield assembly with ballistic glass. Each door is fitted with a bulletproof glass window.

The reconnaissance variant is optionally provided with a roof-mounted remote control weapon station to carry a 7.62mm-calibre machine gun for defence against small arms and light vehicles.

The missile launcher platform variant can be armed with Mistral surface-to-air missiles (SAM).

The armoured steel hull and bulletproof glass windows protect the crew from 7.62mm armour-piercing rounds. The add-on armour of the cabin provides ensures maximum protection against ballistic threats. The vehicle can be optionally equipped with smoke grenade launchers on the roof.

The Komodo vehicle runs on a four-stroke, inline, six-cylinder diesel engine, which develops an output power of 215HP at a rate of 2,500rpm. The engine is coupled to an optional transmission system, which features six forward gears and one reverse gear.

The vehicle’s maximum off-road and highway speeds are 50km/h and 100km/h respectively. It can travel at a speed of 80km/h on flat surfaces, and negotiate gradients of 60% and side slopes as high as 30%.

The fording depth is 0.75m and the turning radius is more than 7m. With a fuel capacity of 200l, the Komodo can operate over a maximum range of 450km. It can cross vertical obstacles of 0.4m and trenches of 0.5m. Its approach and departure angles are 45° each.