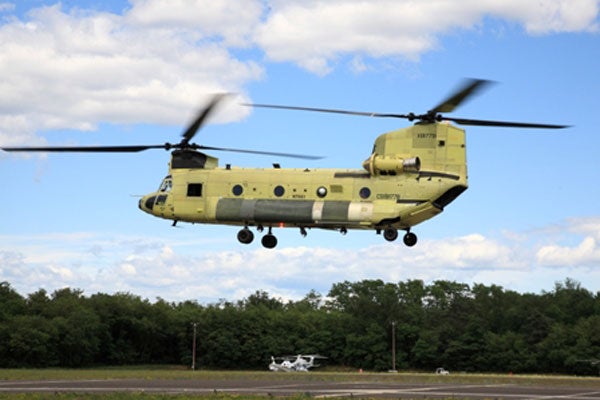 ICH-47F Chinook is a next-generation, multi-role heavy-lift helicopter jointly developed by AgustaWestland and Boeing to replace the 40 CH-47C Chinooks in service with the Italian Army. It is a license-built version of the CH-47F helicopter manufactured by Boeing.

The first ICH-47F Chinook performed maiden flight in June 2013. The Italian MoD Procurement Agency, the General Directorate of Air Armaments (ARMAEREO) placed a $1.22bn order for 16 ICH-47F helicopters. The contract also includes options for an additional four helicopters and a five-year logistic support service. The helicopters will be operated by the Italian Army Aviation’s 1st Regiment Antares based in Viterbo.

The Italian Army received two ICH-47F Chinooks from AgustaWestland in October 2014. The remaining helicopters will be delivered by 2017.

The helicopter is primarily intended to perform tactical missions such as air transportation of troops, internal / external cargo, and weapons within the combat area. It can also be deployed to carry out special support functions, disaster relief and fire fighting operations.

AgustaWestland and Boeing signed a memorandum of understanding (MOU) in February 2007 for the joint development of the ICH-47F helicopter for the Italian Army.

The CH-47D Chinook helicopter carries out transportation of troops, artillery, supplies and equipment to the battlefield.

AgustaWestland, the prime contractor, signed a Joint Industrial Agreement with Boeing for the production of ICH-47F helicopters for the Italian Army in July 2008. According to the agreement, AgustaWestland is responsible for the supply of entire drive systems, systems integration, final assembly, and aircraft delivery, while Boeing is responsible to develop fuselage for the Italian ICH-47F programme.

The ICH-47F Chinook helicopter incorporates customised design features to deliver enhanced capabilities to the Italian Army. It offers increased speed and range, and can be deployed under all weather and climatic conditions.

"The ICH-47F Chinook helicopter is armed with a .50 calibre machine gun mounted on the ramp."

The ICH-47F Chinook helicopter is armed with a .50 calibre machine gun mounted on the ramp. It is also mounted with Focke-Wulf .30 calibre RH and LH machine guns.

Engines and performance of the multirole helicopter

The helicopter is powered by two Honeywell 55-L-714A engines generating a take-off power of 3,529kW each. The power-plant offers exceptional performance under hot and high conditions.

The helicopter has a maximum cruise speed of 292km/h and a maximum speed of 315km/h. The maximum range is 740km and maximum altitude is 6,100m.