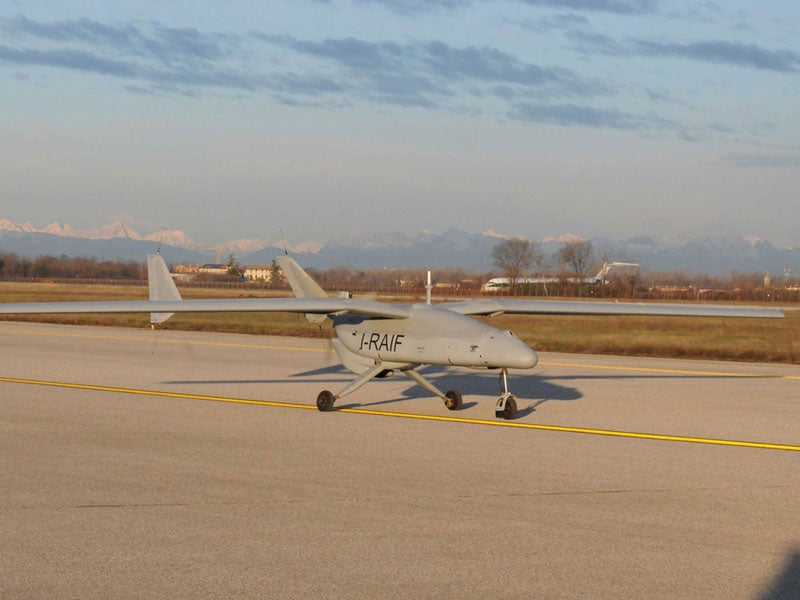 Falco EVO is an all-weather, persistent-surveillance, unmanned aerial vehicle (UAV) produced by Leonardo-Finmeccanica (formerly SELEX ES). It is the long-endurance version of the Falco tactical UAV that is in service with five military operators including the United Nations.

The Falco EVO design was revealed at the Paris Air Show in June 2011 and the UAV made its first flight in July 2012.

Leonardo received first orders for the UAV from two customers in the Middle East and Gulf region during Farnborough 2016 international air show.

The modular platform can be easily configured to adapt to various mission payloads according to the customer requirements.

It can be installed with Leonardo’s new-generation sensors including the Gabbiano 20 multi-mode surveillance radar, the PicoSAR active electronically-scanned array (AESA) radar or the Osprey multi-mode AESA radar. Customers can also choose third-party sensor suites if required.

The automated surveillance flight plan enables the operator to fly the UAV along the pre-programmed route including the take-off and landing stages. The operator can also execute manual override at any point of time during the flight.

The GCS can also perform data evaluation and processing of off-line target. It also offers real-time data to small frontline units through remote video terminals (RVTs). The GCS can be connected to a ground data terminal (GDT).

Performance of the Falco EVO UAV

The Falco EVO can fly at an altitude of 6,000m and has an operating line-of-sight range of more than 200km, which is expandable with relay capability, GCS handover function or SATCOM. The maximum endurance of the UAV is more than 20 hours.