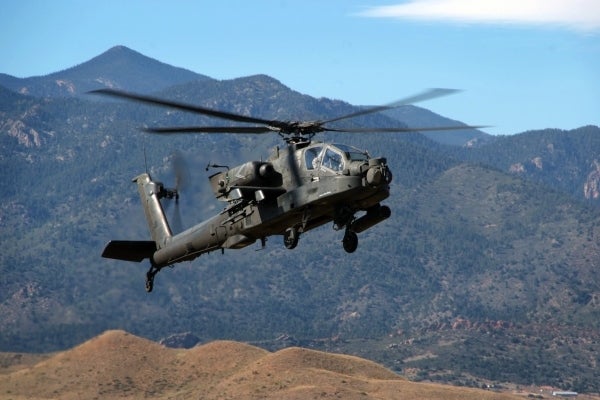 The Direct Attack Guided Rocket (DAGR) is a multi-role, precision-strike guided rocket being developed by Lockheed Martin. The missile can effectively neutralise lightly-armoured vehicles and other high value targets while reducing the collateral damage risk.

The DAGR missile was test-fired from an Apache AH-64D helicopter at Eglin Air Force Base, Florida, in March 2014. The missile successfully demonstrated its lock-on before launch (LOBL) capability and high accuracy in each of the 16 air worthiness release (AWR) live firing flight tests which proved the missile’s ability as an air-launched rocket.

Over 40 DAGR guided flight tests between 1,000m and 6,000m distances were concluded by March 2014. The precision strike and manoeuvre capabilities of the missile allow warfighters to quickly respond to pop-up and moving targets.

Design and features of DAGR missile

The DAGR missile can be launched from ground as well as air. It features lock-on-after-launch (LOAL) and lock-on-before-launch (LOBL) capabilities. It offers target hand off, enhanced built-in testing and laser coding from the cockpit.

A ±8-degree off bore sight field of view allows the missile to engage fast-moving and pop-up targets.

The DAGR is also fitted with a semi-active laser guidance kit featuring the technology incorporated in HELLFIRE II air-to-ground missile. The kit can be integrated with legacy Hydra-70 rockets.

The flight tests of the guided missile began in February 2006. The first live warhead ground launch test was conducted at the Eglin Air Force Base in January 2009.

Lockheed Martin conducted the first airborne platform tests of three DAGR missiles from an AH-64D Apache helicopter at the US Army’s Yuma Proving Ground in Arizona in June 2009. Two rockets successfully hit the targets within close range of aimpoint. The demonstration proved the missile’s ability to engage targets during the day and night.

The rocket system was successfully test-fired from an airborne AH-6 Little Bird helicopter at the Yuma Army Proving Ground in July 2009. The DAGR rail-mounted canister was mounted on the outboard rail of a modified XM299 launcher. The rocket successfully impacted a laser aimpoint in two flight tests.

The DAGR was successfully launched from an airborne OH-58D Kiowa Warrior helicopter during two test flights conducted in March 2010.

Lockheed Martin conducted four test flights of DAGR from an AH-64D Apache helicopter at Yuma Proving Ground, Arizona, in May 2012. Launched with a five-degree offset, the DAGR successfully tracked and engaged a truck running at a speed of 25mph in high winds. The missile hit the high-value target within one metre of the laser spot.

In September 2012, Lockheed Martin demonstrated the ground launch capability of the missile during two separate flight tests conducted at the Eglin Air Force Base. The guided rocket acquired the target at a range of 3.5km prior to launch. The missile hit the target within one foot of the laser spot.

“The missile hit the high-value target within one metre of the laser spot.”

The missile was also launched from Lockheed Martin’s Joint Light Tactical Vehicle (JLTV) prototype during a series of flight tests conducted at Eglin Air Force Base in February 2013. Upon launch, the missile locked onto the laser spot in two seconds and hit the target within one metre of the designated laser spot.

The DAGR rail-mounted canister can be fitted to the analogue and digital smart pedestal missile launcher family including M299/M310 and M272 allowing a mixed loadout of HELLFIRE II and DAGR missiles.

The missile system can be integrated with all HELLFIRE platforms including fixed-wing and rotary-wing manned and unmanned aerial vehicles as well as Apache, OH-58 Kiowa Warrior, AH-6 Little Bird, Cobra and Tiger helicopters.