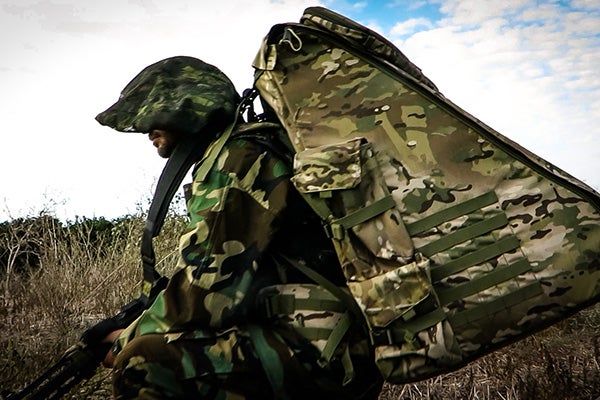 Da-Vinci is a lightweight vertical take-off and landing (VTOL), multi-rotor Unmanned Aerial System (UAS) designed and developed by Flying Production, a company based in Israel. The UAS was unveiled at the Association of the United States Army (AUSA) annual meeting and exposition held at Washington DC in October 2014.

The Da-Vinci tri-copter is made of light weight carbon. It is designed and optimised to operate as the most advanced close range observation system. The system can be deployed anywhere in different weather and terrain conditions.

The Unmanned Air Vehicle is equipped with take-off command that facilitates an autonomous take-off. It pursues the camera’s guidance in Camera Guide mode, while it follows the programmed path and waypoints in a predefined waypoint navigation programme.

The drone can automatically fly to a designated coordinate and can hover above that point with GPS accuracy. It can also return to home land and takeoff at the precise location. The GPS location of the UAV can be controlled manually using the stick on the control unit.

The Da-Vinci UAS features a high definition dual sensor payload including a day sensor and a night thermal sensor. The dual-axis stabilised payload can also be manoeuvred manually.

The thermal sensor camera in the payload works during night time. It features a camera with high resolution of 640 x 480 pixels, and a spectral range between 7.5 and 14 I¼m. The camera can take an image in less than two seconds. It operates in temperatures between -40ºC and +75ºC and can storage images in temperatures ranging from -40ºC to +85ºC. The camera offers shock resistance against gun-fire and ballistics.

"Da-Vinci is propelled by six rotors laid out in three tandems."

Da-Vinci is propelled by six rotors laid out in three tandems. The motors will enable the tri-copter to return to the launch point in the event of malfunction of one motor.

The UAS has an operational speed of 35km/h and is capable of attaining a maximum speed of 45km/h. The operational ceiling is 2,000ft, while the maximum operation altitude is 12,000ft and the endurance is 90 minutes.