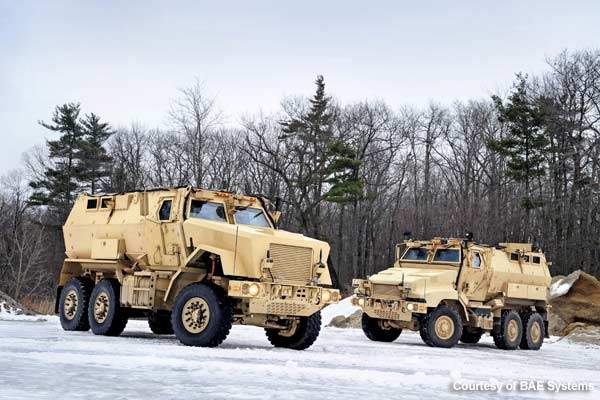 The Caiman MTV is deployed in Afghanistan and is built to help protect army troops from road-side bombs. 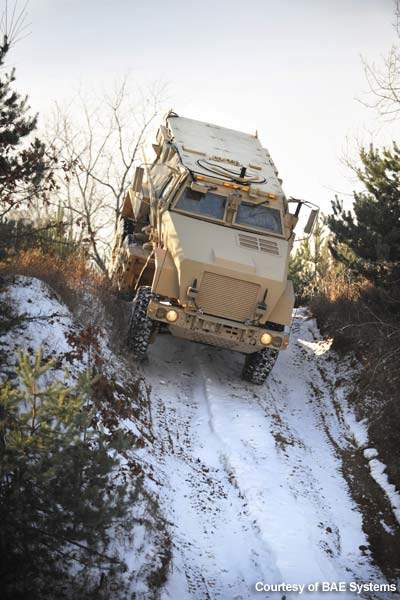 The HVAC system in the Caiman MTV maintains nominal temperatures in cold environments. 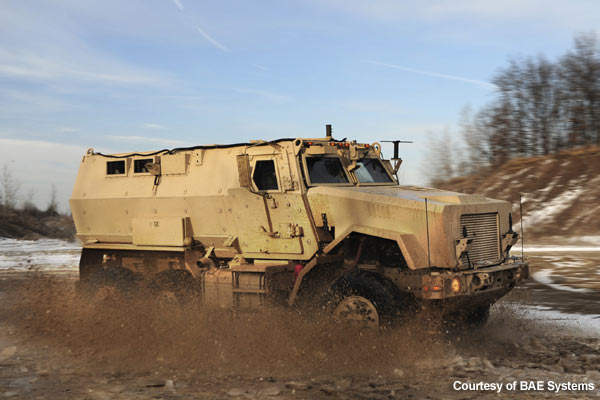 The Caiman MTV is designed to handle Afghanistan's harsh and rough terrains. 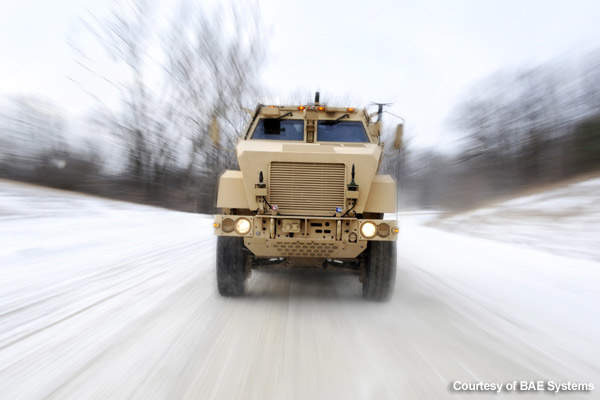 The Caiman MTV is powered by a Caterpillar C9 engine and antilock braking system.

Caiman is a high mobility, heavily armoured multi-theatre vehicle (MTV) designed and manufactured by BAE Systems to meet the tactical mission requirements of the US Army in Afghanistan. The vehicle was derived by upgrading its earlier version, the Caiman mine-resistant, ambush-protected (MRAP) vehicle, with commercial-off-the-shelf (COTS) technology.

The Caiman MTV can accommodate ten soldiers and a gunner during troop transport operations. The vehicle can cross rivers with a maximum depth of 915mm without preparation.

Caiman MTV is deployed in Afghanistan to protect army troops from roadside bombs. The vehicle is principally used for transferring troops, command and control units and medical units. It is obtained by altering Caiman MRAP’s capsules, which are deployed in Iraq.

Approximately 2,600 Caiman MRAP vehicles are being upgraded to Caiman MTV through rolling chassis improvement for transition from Iraq to Afghanistan.

"The Caiman MTV can accommodate ten soldiers and a gunner during troop transport operations."

The first demonstration of the Caiman MTV was completed on 26 January 2010 at the Michigan Proving Grounds, in Michigan, US.

Both demonstrations have been completed before US Army leaders. Caiman MTV was displayed at the Association of US Army’s Winter Symposium in Fort Lauderdale, Florida, on 26 February 2010.

In September 2010, the US MRAP Joint Program Office (JPO) signed a $629m contract with BAE Systems to upgrade an additional 1,700 Caiman MRAP vehicles. The upgraded vehicles will be designated as Caiman Multi-Terrain Vehicles.

The Caiman MTV is designed to operate in Afghanistan’s violent and harsh terrains. The vehicle can operate in extreme temperature changes, mountainous terrains and poor road infrastructure, as well as in both hot and cold environments.

The Caiman MTV can be configured to include a troop carrier, an ambulance or a Command and Control On-The-Move (C2OTM) vehicle. The ambulance configuration accommodates an attendant, a 4l system and six troops. The Caiman MTV costs less compared with the FMTV fleet currently operating in Afghanistan. Since 2010, BAE Systems has manufactured approximately 50 MTV rolling chassis insertion kits a week.

The vehicle has enhanced survivability and class V interactive electronic technical manuals (IETM). It has two wheels in the front side and four wheels on the rear side. The vehicle weighs around 27,546kg and can travel at a maximum speed of 65mph.

The Caiman MTV is equipped with an armoured glass turret and a 7.62mm or 12.7mm machine gun for firing ammunitions. The MTV is also fitted with a remote-controlled weapon station, which incorporates a 12.7mm calibre or 40mm automatic grenade launcher.

The balance between protection, weight and mobility provides the Caiman MTV with resistence to improvised explosive devices (IED).

"The Caiman MTV is designed to operate in Afghanistan’s violent and harsh terrains."

The V-shaped hull avoids the blast of land mines away from the vehicle to protect its crew.

A monolithic floor protects it from separating during an IED blast. The robust blast-absorbing seats in the vehicle also protect the crew. The vehicle’s advanced fire suppression systems enhance its survivability.

The Caiman MTV is powered by a single Caterpillar C9 heavy-duty, six-cylinder, electronic controlled, fuel-injected turbocharged and aftercooled engine diesel engine. The engine can produce a maximum of 336kW power.

The weight transition from axle to wheel allows the vehicle to operate on sand, ice and other tough configurations. The vehicle is equipped with dual-rate coil springs, separate hydraulic shock absorbers and stabiliser bars. The curb-to-curb and wall-to-wall turning circle of the vehicle is 19.4m and 20.4m respectively.