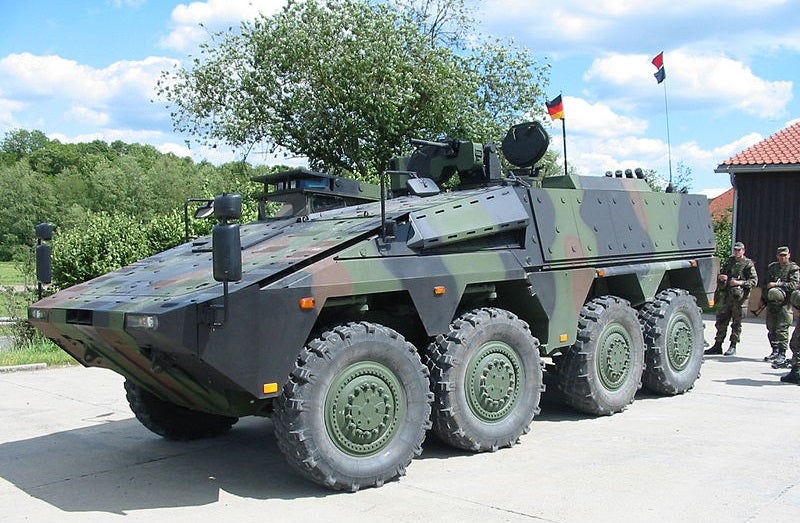 The cargo variant of the Boxer multi-role armoured vehicle (MRAV) is intended to transport supply units safely to reconnaissance and combat units in the battlefield.

The Royal Netherlands Army took delivery of the first of its 27 Boxer Cargo vehicles in March 2016. The Dutch Army ordered 200 Boxer vehicles in four configurations, including Cargo, in the first batch. The deliveries will continue until 2018.

The Boxer Cargo vehicle is based on 8×8 all-wheel drive chassis and features modular composite armour design. It is manned by two crew members, one driver and one commander / weapon operator. It can be transported by road, sea or air in military transport aircraft such as A400M.

The Royal Netherlands Army took delivery of the first of its 27 Boxer Cargo vehicles in March 2016.”

The vehicle’s greater interior volume with innovative cargo floor system enables transportation of up to 2,500kg of cargo. It is capable of carrying up to two standard army pallets, weighing approximately 1t each.

A large powered ramp door at the rear allows for loading or unloading of supply items. The crew compartment is completely enclosed with spall liner. The interior can be adapted to meet various mission needs of the land forces.

A remote-controlled weapon station is mounted atop the roof of the Boxer Cargo vehicle to carry small-calibre or medium-calibre weapons. It can be remotely controlled by the weapon operator inside the vehicle.

The roof-mounted smoke-grenade launchers provide additional firepower for the infantrymen.

The modular design allows for integration of protection kits to provide increased protection for the occupants against mine and improvised explosive device (IED) attacks. The vehicle can be optionally fitted with NBC (nuclear, biological and chemical) protection systems.

The Boxer Cargo vehicle is equipped with a fire extinguishing system for mission module and an air-conditioning system.

The onboard navigation system allows the operator to locate and identify the targets. A rear view camera placed at the back of the vehicle offers an unobstructed view.

The central tire inflation system and integrated run-flat inserts allow the vehicle to travel up to a range of 1,050km. The vehicle has a maximum speed of 103km/h and a minimum speed of 3km/h.

It can climb steps of 0.8m and cross trenches of 2m. It has a ground clearance of 0.5m and its maximum straight gradient and maximum slope gradients are 60% and 30%, respectively.