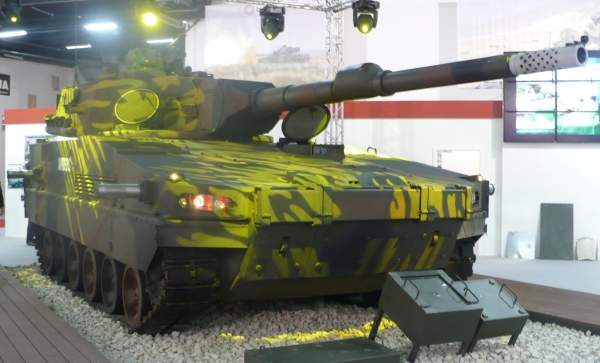 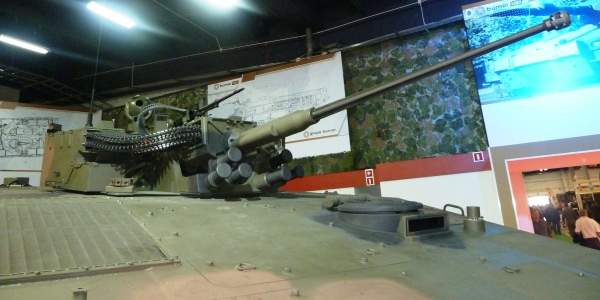 The IFV variant is armed with a 30mm-50mm cannon and a 7.62mm co-axial machine gun. Image courtesy of Mikolaj Leszczuk. 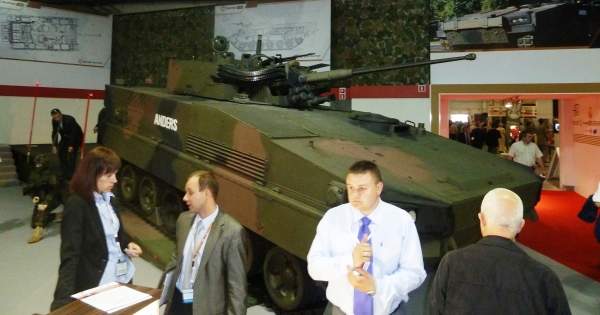 The armoured infantry fighting vehicle (AIFV) was unveiled at the MPSO 2011. Image courtesy of Mikolaj Leszczuk.

Anders is a series of multirole, tracked combat vehicles being developed by the Bumar Group in Poland. It was designed by Ośrodek Badawczo-Rozwojowy Urządzeń Mechanicznych (OBRUM), the research and development centre of the Bumar Group. The vehicle is named after the Polish Army general Władysław Anders who served during World War II.

Design and development of the Anders began in 2008 and the first light tank prototype was completed in 2010. It passed the field tests conducted using RAUG CTG 120mm cannon fire shooting and technical features in October 2010.

OBRUM developed the vehicle in collaboration with Wojskowe Zakłady Mechaniczne and the Military University of Technology (WAT). The project was financed by the Ministry of Science and Higher Education.

Design of the Anders vehicle

The tracked armoured vehicle is designed with a unified chassis that allows it to be configured for different mission variants. It features an all-welded hull and turret. The entrance for infantrymen is provided to the vehicle’s rear.

The vehicle can be configured with interchangeable modules to perform different tasks. It can have six or seven load-bearing wheels based on the mission requirements in the tracked platform. The battle field management and intercom systems were provided by WB Electronics. The vehicle is transportable by air.

The vehicle is designed for protection against mine blasts and kinetic threats of more than STANAG 4569 level III.

"Anders is a series of multirole, tracked combat vehicles being developed by the Bumar Group in Poland."

Anders is powered by a MTU 8v 199 turbocharged diesel engine generating 720hp (530kW) of power. A 120kW electric generator, situated between the engine and hydro-mechanical transmission, powers the onboard electronic systems.

The basic platform weight of the vehicle is about 20t and that of the light tank configuration is 33t. The power / weight ratio is 22hp/t. This gives Anders an on road speed of 72km/h. The vehicle can cross gradient of about 60%, trench crossing of 2.6m and vertical obstacles of 1m. It has a range of approximately 600km.