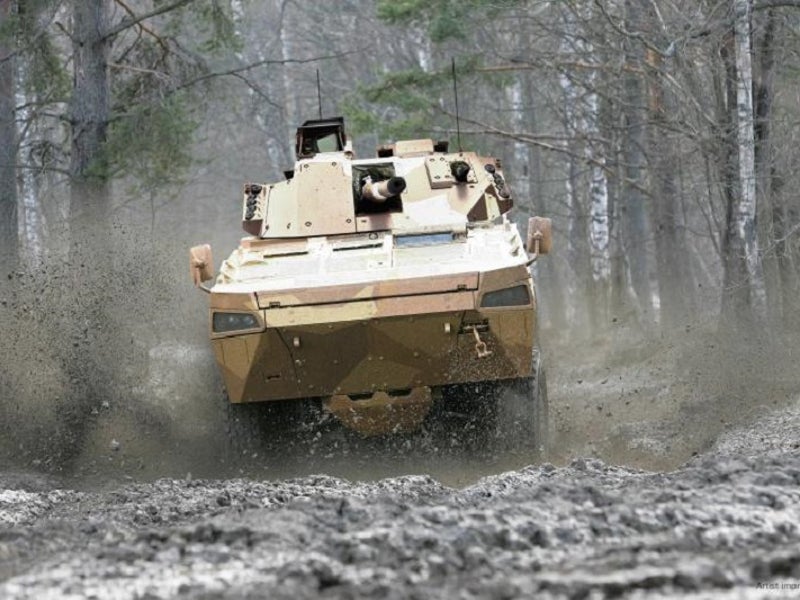 Patria and BAE Systems submitted the bid for the LAND 400 Phase 2 programme in September 2015. BAE Systems is the prime contractor, while Patria will offer vehicle technology and platform. The vehicle will be produced locally by Patria and BAE Systems team. The AMV35 CRV was showcased at Eurosatory exhibition held in June 2016.

The Australian Department of Defence preferred the BAE Systems and Patria team to participate in the 12-month risk mitigation activity (RMA) of the programme in July 2016. The contract for the RMA was signed in August 2016.

The RMA phase is scheduled to conclude in the third quarter of 2017 and the successful tenderer for the programme will be announced in early 2018.

The AMV35 CRV is based on the armoured modular vehicle (AMV) 8×8 platform developed by Patria. The hull and turret are made of welded steel. The compact silhouette of the vehicle makes it a difficult target to detected and engaged by hostile threats. The maximum gross weight of the vehicle is approximately 30,000kg.

Manned by a crew of three, including a driver, a commander and a gunner, the vehicle can carry six fully equipped infantrymen. A power-operated ramp provides entry / exit for the troops with integral doors at the rear of the hull. The occupants can also use roof hatches for emergency exits.

The AMV35 is fitted with a BAE Systems E35 manned turret mounting a Bushmaster 35mm dual-feed cannon. The conventional layout of the turret positions the breech of the cannon between the commander and gunner, ensuring a balanced and highly accurate firing.

The 35mm cannon has a rate of fire between 150 and 200 rounds a minute. The gun can engage targets within the maximum range of 4,000m.

The vehicle can also be armed with a coaxial 7.62mm machine gun, and an integrated anti-tank missile to strike targets at a distance of more than 4,000m.

"The RMA phase is scheduled to conclude in the third quarter of 2017 and the successful tenderer for the programme will be announced in early 2018."

The passive protection system aboard the vehicle links the laser warning receiver with the smoke grenade discharger. The system creates a smoke screen automatically once the hull is illuminated by a laser beam, and offers improved protection against anti-tank guided missiles with semi-automatic guidance.

The vehicle is also equipped with the Saab Barracuda mobile camouflage system to reduce the thermal signature of the vehicle.

The AMV35 is equipped with a Scania DI 12 turbocharged diesel engine coupled to a ZF automatic transmission with seven-forward and one reverse gear. The engine develops a maximum power output of 480hp.

The AMV35 CRV can negotiate inclines and side slopes of 60% and 30% respectively. It has the capability to climb obstacles up to 0.7m-high and cross trenches that are 2.1m-wide.

The vehicle has a maximum speed of more than 100km/h. It can ford a water depth of 2m and be converted into a fully amphibious platform with preparation.