Thank you for submitting the form.Your enquiry will be submitted to the company. 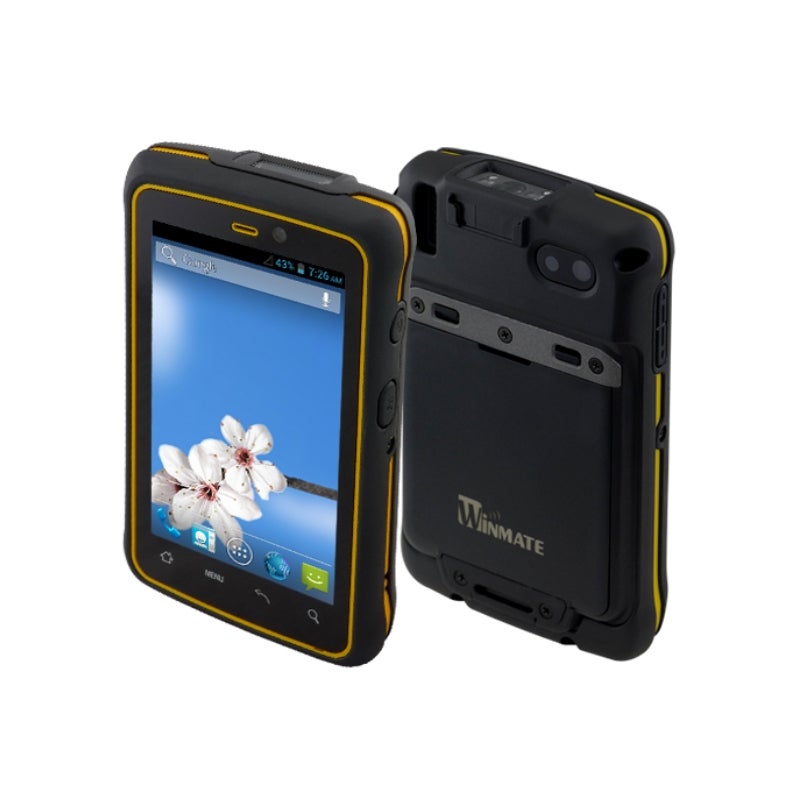 E430RM4, with its Android 4.2 platform and 3900mAh user replaceable battery capacity, E430RM4 (ARM® Cortex™ – A7 Quad Core 1.5Ghz) handheld can support continual operation on the field without down time.

The next generation of the successful E430 is here, now equipped with a replaceable battery pack. Most workers or users of industrial grade devices will never open the unit, this is left to IT and service departments.

Companies usually would like access to the SIM card and SD card slots to swap out cards and change the devices storage amount at any time. Having access to a device’s storage cards and information in an era where millions of smart phones can be opened or serviced at any time has become an increasing debate.

The new Winmate E430RM4 will not have this issue and offers the user full access.

The E430 series is just as tough as the rest of the family, since all Winmate handheld devices are designed to be used in unforgiving environments and are built to take a beating.

The E430RM4 offers IP65 sealing (standard model, w/o sensors), a four-foot drop specification, and a -30°C to 60°C operating temperature range, which ensures the user peace of mind when accidental drops and spills happen.