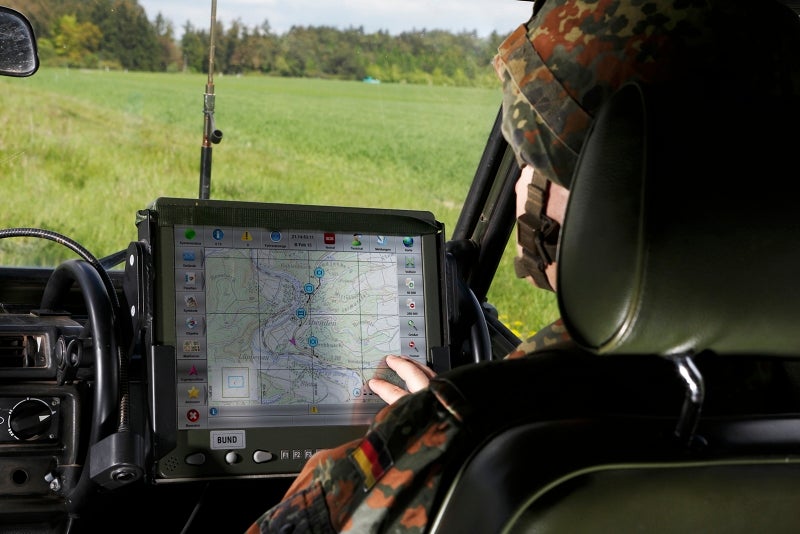 TARANIS® Battlefield is ESG’s tactical command and control system for middle military command levels. Thanks to its flexible configuration options, it can be used in vehicles as well as mobile command posts.

TARANIS® Battlefield is configured according to your specifications and the core system is expanded with the right modules to meet your needs.

With its intuitive user interface featuring large buttons and clear display elements, TARANIS® Battlefield is especially suited for use in time-critical combat situations where the user is under considerable stress.

The system is therefore ideal for use not only in spacious indoor command posts but also in cramped wheeled and tracked vehicles, as well as by individual dismounted soldiers.

Tactical command and control systems are used across multiple command levels, where, especially in today’s spectrum of conflict, chains of command can change at short notice.

As a highly flexible system, TARANIS® Battlefield meets this challenge since it can be adapted by the user to match any organisational structure even during running operation.

TARANIS® Battlefield supports a variety of different communication technologies, from HF and UHF to satellite communications.

Even with narrowband connections (e.g. those used for VHF devices), the system ensures real-time information transfer between users.

High-quality, near real-time tactical images or videos, along with a variety of map information, are essential in ensuring full situational awareness.

The Battlefield is fully compatible with the TARANIS® Theatre and TARANIS® Soldier command and control systems.

To connect with international command and control systems the TARANIS® Battlefield interoperability module follows the NATO STANAG 2245 standard, which is used by the French-German Brigade to connect with the French army.

A Boost for Soldiers’ Mental Health

Services related to the development, integration and operation of complex electronic and IT systems are ESG's trademark.