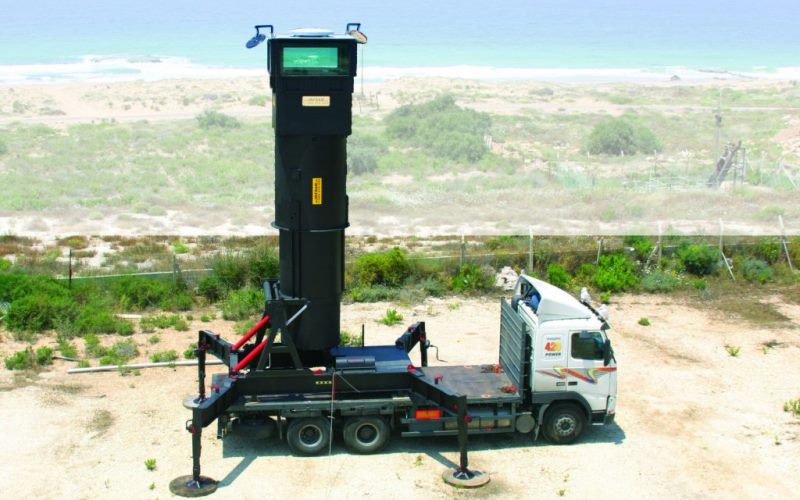 Mifram’s Mantis guard tower is a fortified observation post and combat platform, which can be brought directly into the field and erects within minutes.

The Mantis is available in a range of models to suit a range of applications and scenarios, and the tower can be extended to a maximum height of 10m, with 6m and 8m variants also available on request.

The unit can be supplied with two fortification levels: a non-fortified observation tower, and a raised telescopic tower / firing platform fortified against firearms.

The Mantis allows for maximum flexibility with regards to deployment locations, making it ideal for meeting changing operational requirements in real-time.

It can be quickly transported and erected at a new threat location according to changing operational needs.

The Mantis tower is suitable for deployment in all terrain and weather conditions.

In addition to being an observation tower, the Mantis can also be used as a combat post, for communications and other purposes as needed.