The limitations surrounding 5.56mm caliber weapons have led to the development of alternative small arms.

Verdict has conducted a poll to assess the adoption timeline for 6.8mm caliber weapons by NATO. 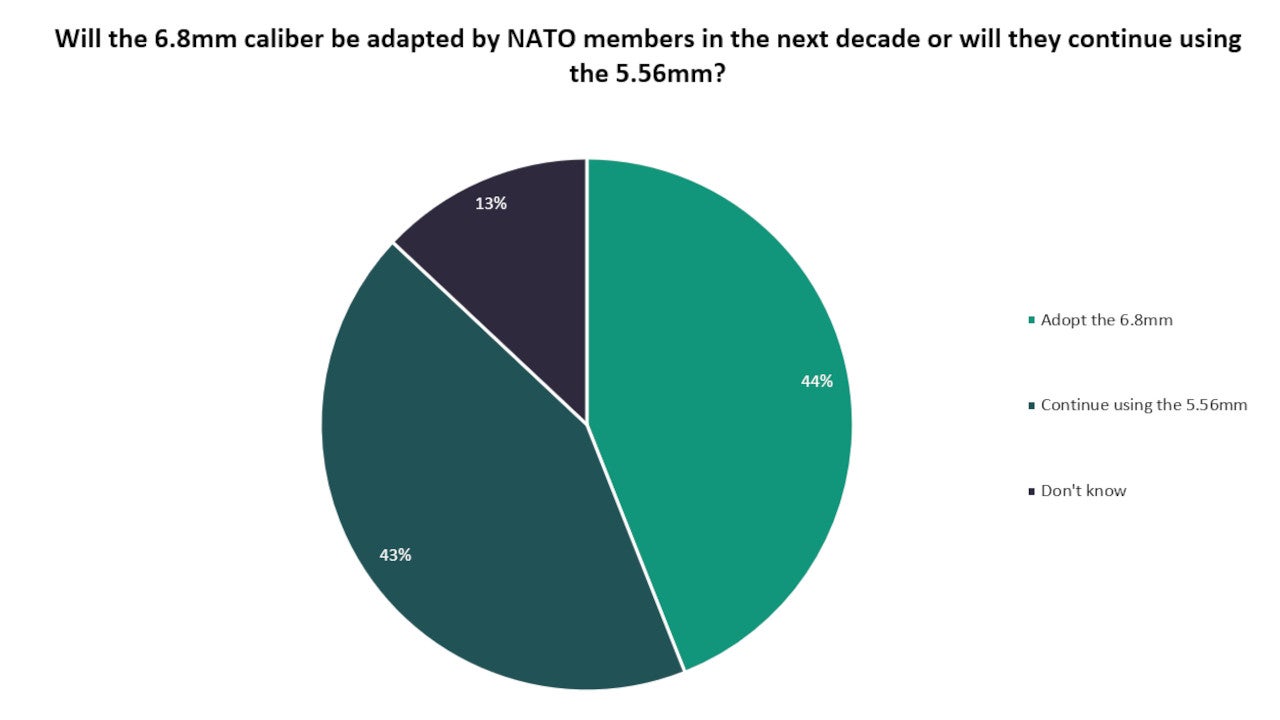 The remaining 13% voted that they did not know when NATO members will adopt the 6.8mm caliber weapons.

The analysis is based on 293 responses received from the readers of Verdict’s defence sites Airforce Technology, Army Technology and Naval Technology between 08 October and 14 December 2020.

The 5.56mm caliber was standardised by NATO in the 1980s and has been used by members of the alliance since then. The 5.56mm ammunition, however, is not suitable for close-range engagements apart from lacking stopping power.

The 6.8mm caliber was developed to address the shortcomings of the 5.6mm caliber although only limited information on the design and capabilities are available. The US army is planning to shift to the 6.8mm caliber and has launched the Next Generation Squad Weapon programme to develop prototypes.

The army has selected General Dynamics-OTS, AAI Corporation Textron Systems, and Sig Sauer to develop prototypes of rifle variants and carbines to suit the 6.8mm caliber. The new 6.8mm caliber is expected to have double the range of the existing 5.56mm caliber, while having a stable trajectory.

The shift towards 6.8mm caliber, however, limits interoperability with NATO allies, according to GlobalData, which adds that this could serve as a catalyst for the much-needed new standardisation that will lead to phasing out of the 5.56mm caliber.