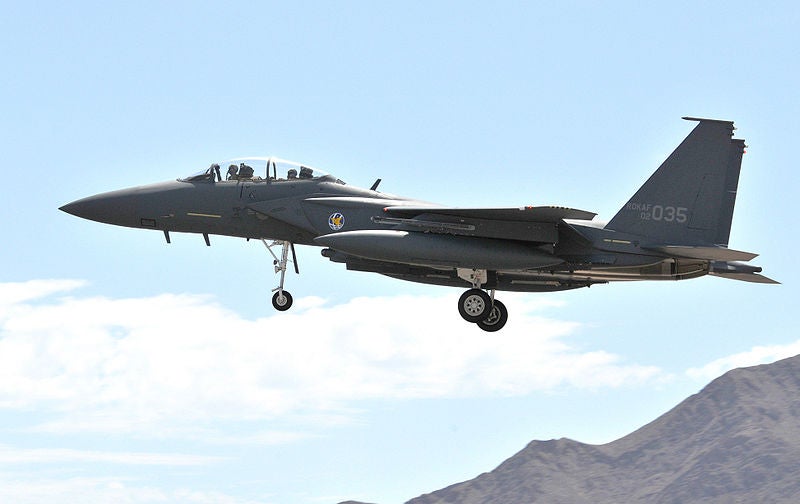 Armed Forces from the US and South Korea are set to conduct their largest live-fire exercise on 22 June in the north-eastern city of Pocheon, amid rising tensions with North Korea.

More than 2,000 troops, along with F-15K combat fighter jets, Apache attack helicopters and main battle tanks (MBTs) from the two nations are scheduled to participate in the exercise.

An E-737 Airborne Early Warning and Control plane (AWACS), called 'Peace Eye' and T/A-50 light attack aircraft will also be deployed for the joint drill for the first time, the officials added.

The intention of the exercise is to demonstrate the allies' response to North Korean attacks by re-enacting the nation's invasion from 62 years ago.

"The intention of the exercise is to demonstrate the allies' response to North Korean attacks by re-enacting the nation's invasion from 62 years ago."

Pyongyang labelled the joint military exercises as an 'overt provocation' and an 'outrageous violation' of the armistice agreement earlier this week, despite repeated assurances by the allies that the drills were purely defensive in nature.

A North Korean foreign ministry spokesman was quoted by the Korean Central News Agency as saying that the nation would be watching with high vigilance.

"It will increase its self-defense capabilities in every way to protect sovereignty and dignity of the country and nation," the spokesman said.

The US is also planning to hold trilateral naval exercises with South Korea and Japan, followed by a bilateral drill with South Korean Navy later this week, in the Jeju Islands and West Sea, respectively.