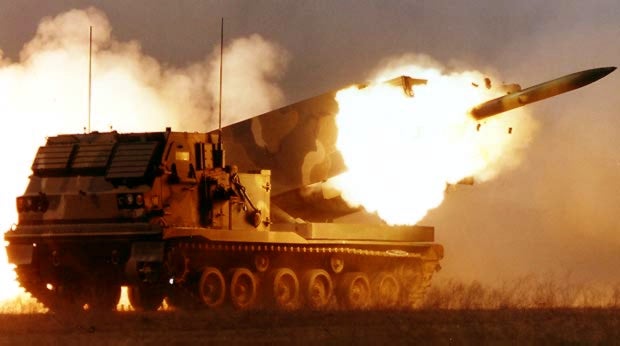 Lockheed Martin has been awarded a contract modification for delivery of additional guided multiple launch rocket system (GMLRS) Unitary rockets to the US Army and Marine Corps.

Valued at $197m, the award represents an option under the original GMLRS Production Lot 7 contract secured by the company in July 2012 and brings the total contract value to $550.8m.

The $353.2m Lot 7 contract covers rockets supplies to the US Army and Marine Corps (USMC), as well as the Singapore, Jordan and Italian armies.

Lockheed Martin Missiles and Fire Control precision fires vice president Scott Arnold said the company focused on ensuring that the soldiers were fully equipped with the most effective, affordable and dependable weapon system.

Featuring a global positioning system (GPS) with inertial measurement unit guidance and a 200lb unitary warhead, the GMLRS is an all-weather, rapidly deployable, long-range rocket designed for precise destruction of ground targets, located at a distance of up to 70km with minimal collateral damage.

"The weapon can be fired from M270A1 MLRS and the M142 high-mobility artillery rocket system (HIMARS) against both personnel and vehicles in the battlefield."

Enclosed in a multiple-launch rocket system (MLRS) launch pod, the weapon can be fired from M270A1 MLRS and the M142 high-mobility artillery rocket system (HIMARS) against both personnel and vehicles in the battlefield.

The GMLRS rockets have achieved a combat reliability rate of 98%, and more than 2,300 rounds were fired by the army, USMC and UK Armed Forces during coalition operations.

Manufacturing work under the contract will be carried out at the company’s US facilities in Arkansas and Dallas, with deliveries scheduled to start in September 2014.

Lockheed is currently developing an upgraded GMLRS variant, dubbed GMLRS+, which has a range of 120km and a scalable-effects warhead.