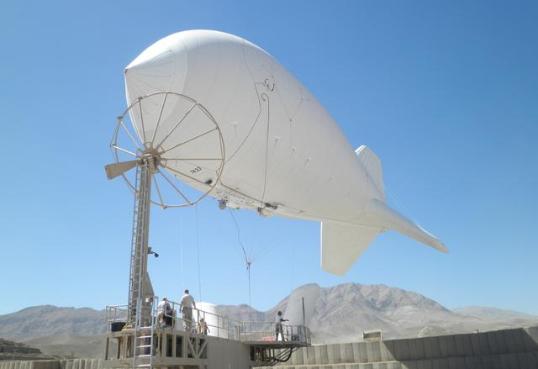 World Surveillance Group (WSGI) has handed over the first Blimp in a Box (BiB) aerostat system under contract to the US Department of Defense (DoD), following testing, an initial round of training and inventory accounting.

The delivery forms part of a $605,000 contract secured by the company’s wholly owned subsidiary, Global Telesat, for provision of a set of BiB systems in January.

WSGI president and CEO Glenn Estrella said the joint demonstration, testing and operation of the first delivered BiB system with the US Army provided the company with valuable knowledge to continue improvement of the tactical aerostat system.

"With our recently completed acquisition of LTAS, we are now able to swiftly utilise our combined resources to implement the army’s requested modifications before the delivery of the second BiB system to our customer," Estrella said.

"With our recently completed acquisition of LTAS, we are now able to swiftly utilise our combined resources to implement the army’s requested modifications before the delivery of the second BiB system to our customer."

Technical and operational support was provided by Lighter Than Air Systems (LTAS) to WSGI during the delivery of the initial BiB system.

Rapidly deployable by a two-man crew and self-contained on a trailer, the day and night electro-optical/infrared camera equipped BiB is a tethered, lighter than air (LTA) system designed to provide semi-persistent, mobile intelligence, surveillance and reconnaissance (ISR) at the platoon level in the battlefield.

Released by an automated launch and recovery system to an appropriate operational altitude, the system provides real-time day and night data for ISR missions, improvised explosive device (IED) and hostile activity detection, border security, as well as other governmental and civilian operations.

Featuring enhancements, spares and modifications as per army’s requirements, the second BiB system is scheduled to be delivered this month, while installation and on-site training will be provided in collaboration with the DoD.