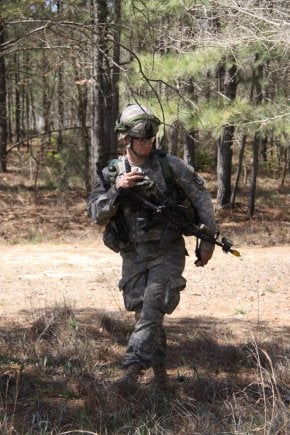 The US Army has taken delivery of additional Warfighter Information Network-Tactical (WIN-T) Increment 2 nodes from General Dynamics (GD) for use by troops in Afghanistan.

Delivered as part of a contract awarded in December 2012, the nodes are scheduled to be used by the Army’s 10th Mountain Division 4th Brigade Combat Team soldiers as their on-the-move network, enabling mission command and delivering vital situational awareness during tactical operations.

The total number of WIN-T Increment 2 systems ordered by the army to date totals 532.

“The network also enables company commanders to communicate with higher headquarters in their vehicle, receiving their orders in real-time, which is a game-changing capability."

"The network also enables company commanders to communicate with higher headquarters in their vehicle, receiving their orders in real-time, which is a game-changing capability," Wheeler said.

The node connects with the army’s AN/PRC-154 Rifleman and AN/PRC-154 manpack radios, part of the Capability Set 13, to establish secure on-the-go networks that connect soldiers at the squad level to commanders in their vehicles and up to the highest levels of command.

Currently conducting pre-deployment training, the 10th Mountain Division soldiers are scheduled to deploy to Afghanistan as part of the US military’s Security Forces Advise and Assist Team (SFAAT) in the summer of 2013.