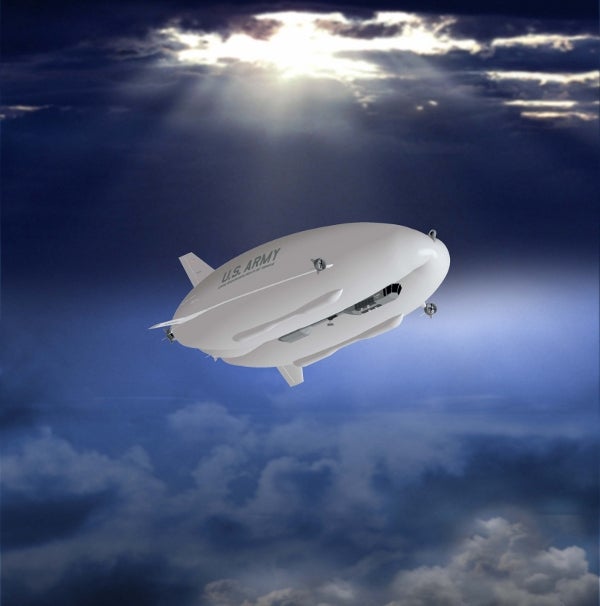 The US Army Space and Missile Defense Command / Army Forces Strategic Command (USASMDC/ARSTRAT) has successfully completed the first flight test of its Long Endurance Multi-Intelligence Vehicle (LEMV) over Joint Base McGuire-Dix-Lakehurst in New Jersey, US.

Initially scheduled for June 2012, the 90 minutes test flight featured a manned LEMV variant and was primarily aimed at conducting a safe launch and recovery of the hybrid air vehicle.

The mission successfully met all its objectives, including verification of flight control system operation, airworthiness testing and demonstration, as well as system-level performance verification.

Developed by Northrop Grumman as part of a $154m base agreement with the USASMDC/ARSTRAT in June 2010, the LEMV is a football field-sized blimp and will support the US military’s long-term intelligence, surveillance, and reconnaissance (ISR) missions in Afghanistan.

The agreement has a maximum potential value of up to $517m and also includes options for the purchase of two additional airship systems.

“The LEMV is a football field-sized blimp and will support the US military’s long-term intelligence, surveillance, and reconnaissance (ISR) missions in Afghanistan.”

Designed to perform persistent stare-type operations, the propeller-driven, helium-filled airship is capable of carrying a 2,750p ISR payload for more than 21 days, at altitudes of more than 22,000ft above mean sea level.

Designed to be runway independent, the energy efficient system delivers up to 16KW of electrical power for payload; it can operate in both manned and unmanned configurations.

The air vehicle supports beyond-line-of-sight command and control, and can also be forward located to support extended geostationary operations from remote locations.

Following completion of a planned and comprehensive evaluation by the army, the LEMV is scheduled to undergo additional manned flight tests.