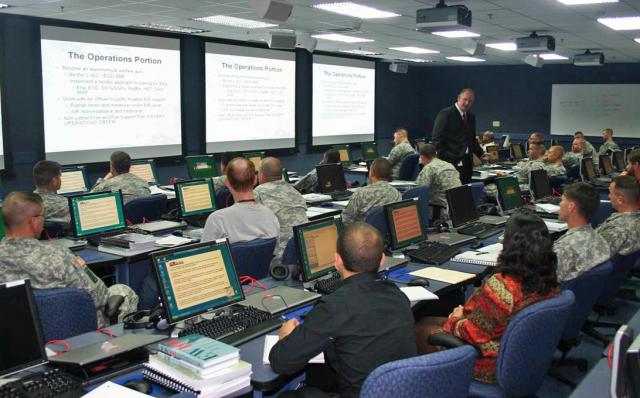 The US Army has commenced development of the electronic warfare planning and management tool (EWPMT), which is designed to assist commanders during planning, coordination, and synchronisation of electronic warfare (EW) in the battlefield.

Scheduled to be developed in six phases, the system has recently entered the engineering and manufacturing development (EMD) phase of the lifecycle management system.

Commenting on the system, Army EW division chief colonel Jim Ekvall said the EWPMT will serve as an unprecedented software system for electronic warfare operations within the army.

”This software tool will allow soldiers to coordinate and synchronise EW operations across the electromagnetic battlefield and pave the way for the future of war fighting,” Ekvall said.

”Integrated electronic warfare systems (IEWS) are the future of EW within the Army; EWPMT will allow the soldiers to have long-term, effective solutions for managing battlefield scenarios.”

"EWPMT will allow the soldiers to have long-term, effective solutions for managing battlefield scenarios."

A web-based software featuring 22 separate and distinct functions, EWPMT is designed to serve as a critical component of the army’s long-term plans for the IEWS family of systems.

Capable of accessing tactical, operational, and strategic EW information, the software is expected to be used by EW officers for pre-mission planning, identification of likely threats, advising commanders, as well as predicting of the most effective EW systems.

The first set of the software tools will be evaluated in select units during the third quarter of 2015, whereas the operational induction throughout the army is expected to complete by the end of 2019.

Image: US soldiers participate in Electronic Warfare training at Fort Sill in Oklahoma, US. Photo: courtesy of US Army.